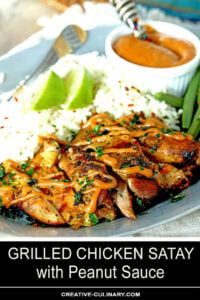 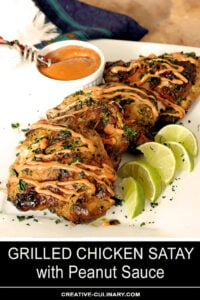 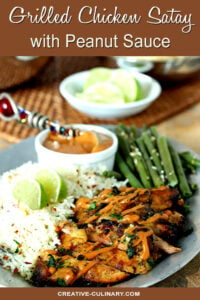 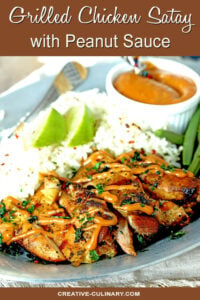 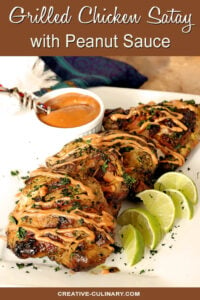 I love trying dishes from other cultures and this Grilled Chicken Satay with Peanut Sauce is my version of the well known Chicken Satay but using chicken thighs; they’re so much easier to put together! 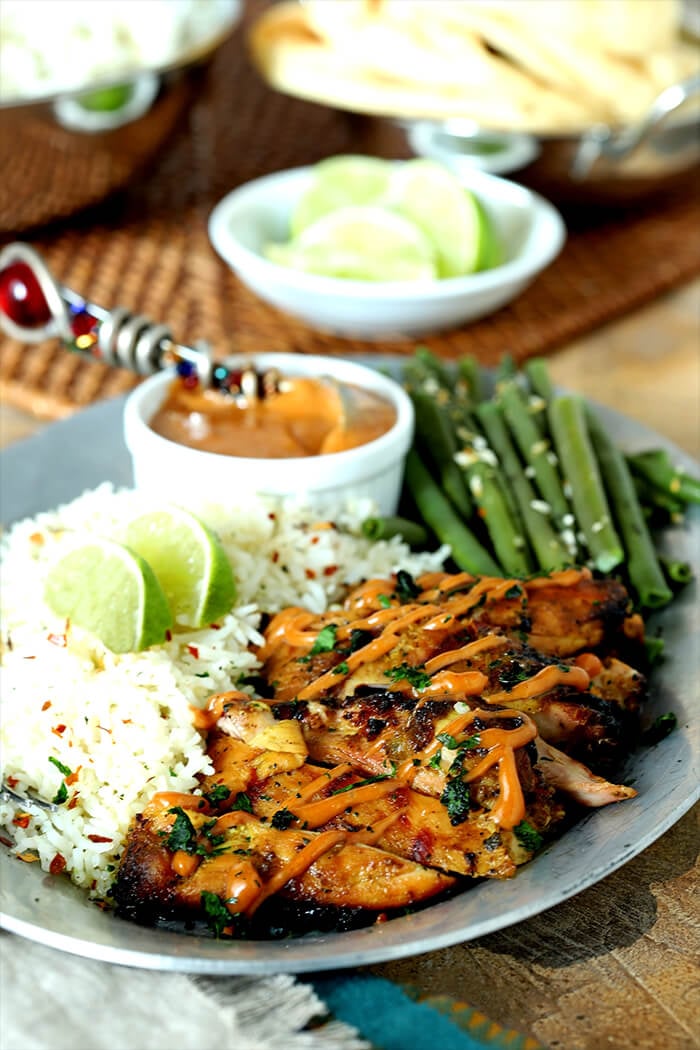 I have been on a chicken kick of sorts…I’ve been making one recipe after another this summer but several I haven’t posted yet because they’re well suited for fall and winter.

I made a variety, some fried, some grilled, and some in the Instant Pot. And I loved them all but none were as delicious as my adapted version of Chicken Satay with Peanut Sauce. These are amazing!

I struggled a bit with making the change I did with another culture’s dish (Chicken Satay is considered an Indonesian dish), but sometimes I want to create something not only for myself but maybe for others who hesitate like I do with the more time consuming original version.

It requires that sliced chicken tenders be skewered on sticks before being grilled. I wanted to both eliminate the skewering and use thighs…the two big differences in my take on a classic dish.

I used to use chicken breast meat for so many things but only for one reason; it was available de-boned. It was never my favorite, dark chicken meat has always reigned supreme for me even as a kid. So when de-boned chicken thighs became available I thought they would be perfect.

Not so much. I absolutely hate how they look after the bone is removed. I’ll try and fold it to look like a thigh but it never really measures up so I’ve been going old school. Chicken thighs with bone in and skin on. And I love using them for a couple of reasons.

When grilling, that skin is sort of a built in baster; it keeps the outside of the chicken from drying out. Some folks will insist that bone-in meat tastes better…and some experts say meh, not so much. I can’t substantiate either claim but I simply like them better for grilling.

Personally I like them for what might seem a really ridiculous reason but I’ll share anyhow. When I grill chicken thighs, it’s a food I serve to be eaten with our hands. If I grill those boneless pieces, they seem to require a knife and fork. Same meat I know but still; no thanks…if I’ve got a crowd here, it is so much easier to not have to worry about cutting meat with a knife. 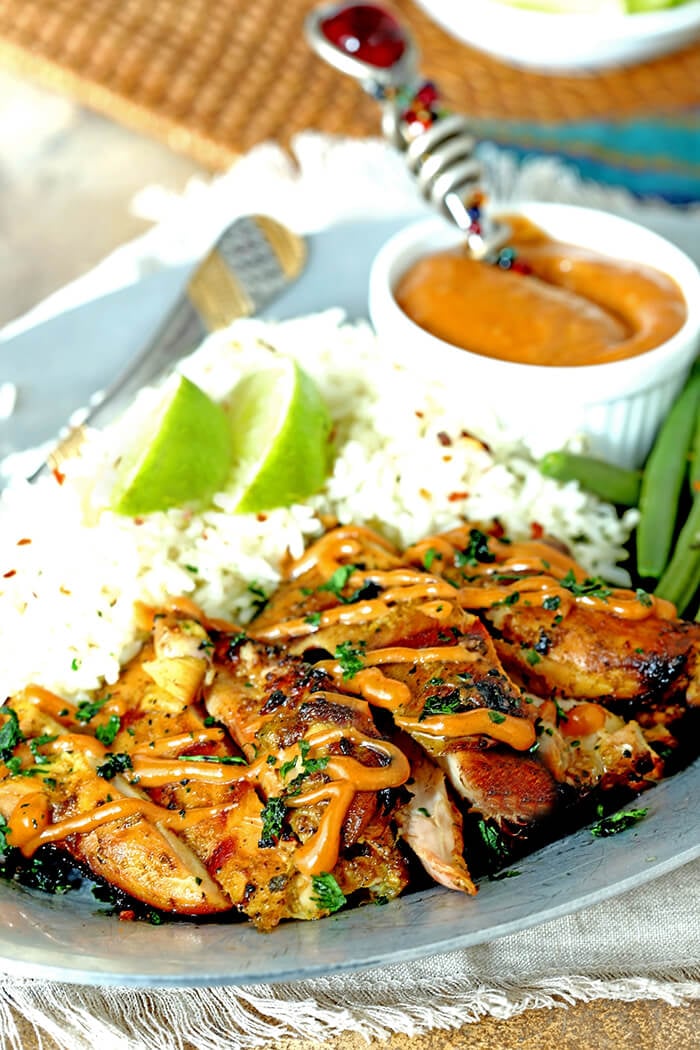 So now that I’ve done that ‘splaining’ let’s talk about this recipe. The list of ingredients seems sort of long but I think most cooks have the basics, the spices, sugar, and soy sauce. What you might need are coconut milk, fish sauce, and ginger. Coconut milk and ginger are readily available at grocery stores; the only item that might seem more exotic is the fish sauce.

No more need for that, fish sauce has gone mainstream and most grocery stores will now carry it; typically in the Asian or International food section. It does bring that fifth taste, often called Umami to this dish. Is it critical? No. Does it do something magical? Yes.

Here’s what you will need for the marinade. I kept my chicken thighs in this mixture overnight; probably 18 hours total; so you’ve got leeway. I would say from 2-18 hours is good. 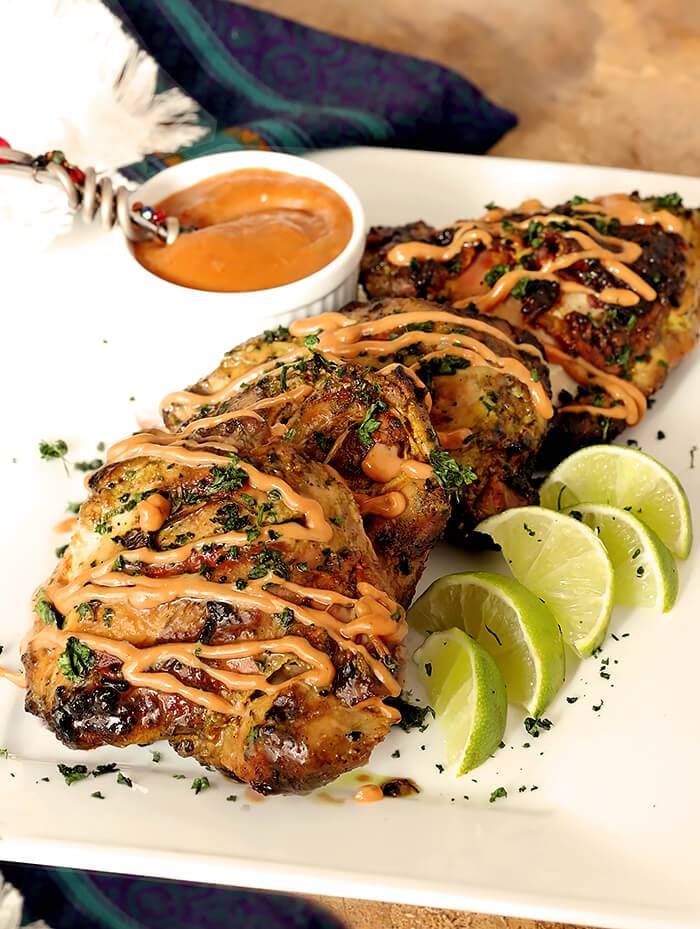 That marinade makes for some incredible chicken but still, the star of this dish for me is the peanut sauce. I made extra to be sure there was plenty and I had no problem serving leftover sauce on rice but let’s be honest, I could have eaten this stuff with a spoon. SO good!

There really are no exotic ingredients in the sauce for Grilled Chicken Satay with Peanut Sauce but the mixture of these everyday ingredients make for a delicious peanut sauce. I love Pad Thai…I’ll use this sauce next time I have some.

Sure, you might have to source an ingredient or two but it is so worth it. I made four pounds of these Grilled Chicken Satay with Peanut Sauce and while I would normally share with neighbors, I squirreled them away for me, just me. I love that I have some already made in the freezer that I can microwave and have for dinner in only five minutes! 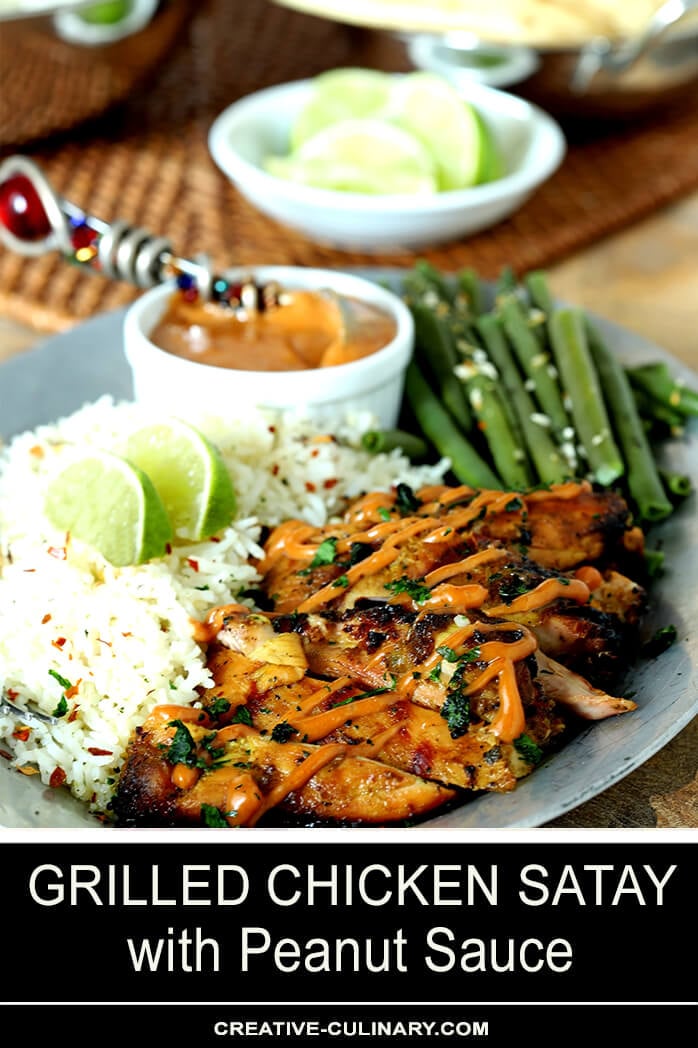 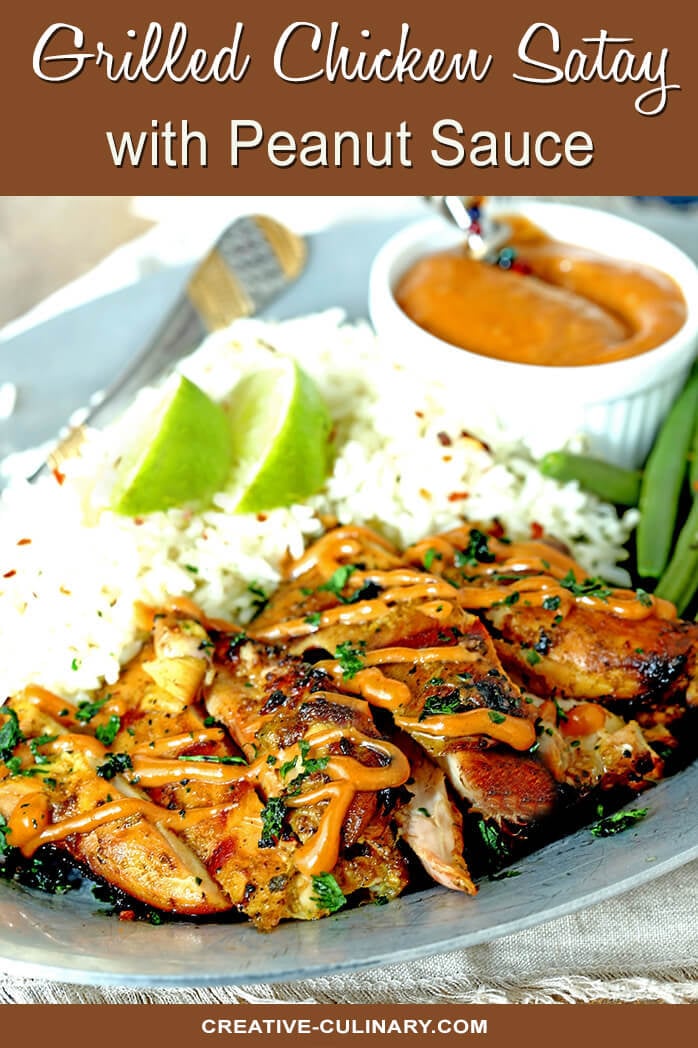 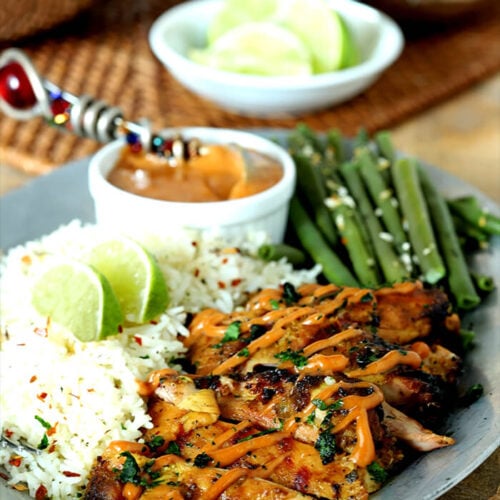 For the Peanut Sauce 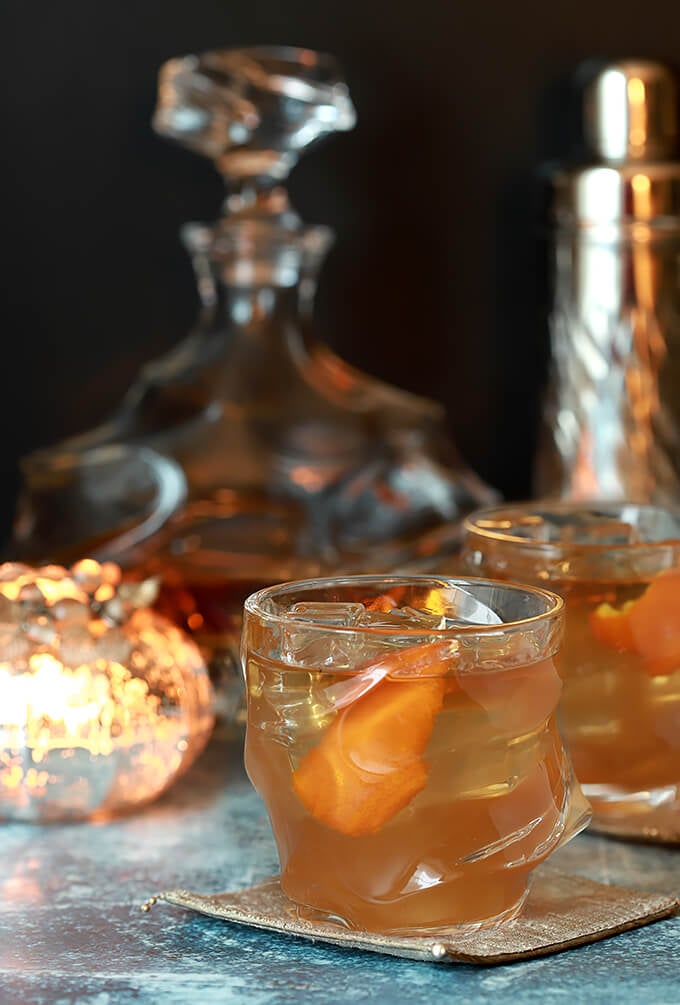 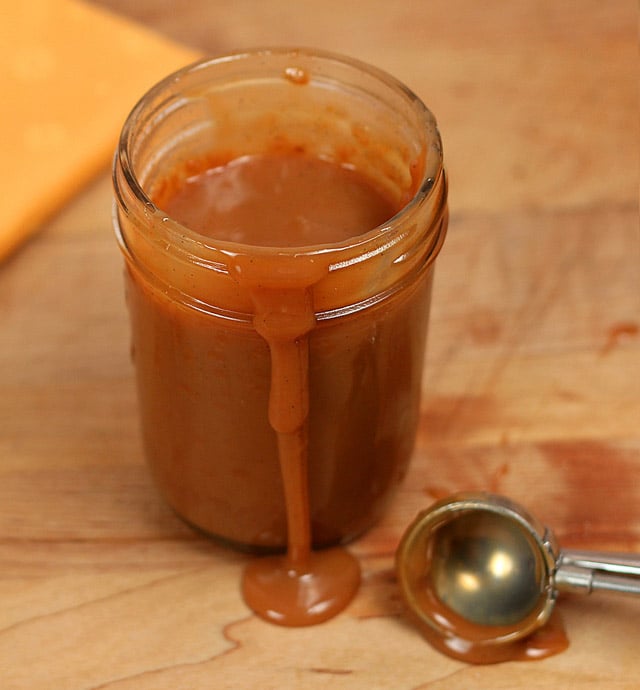 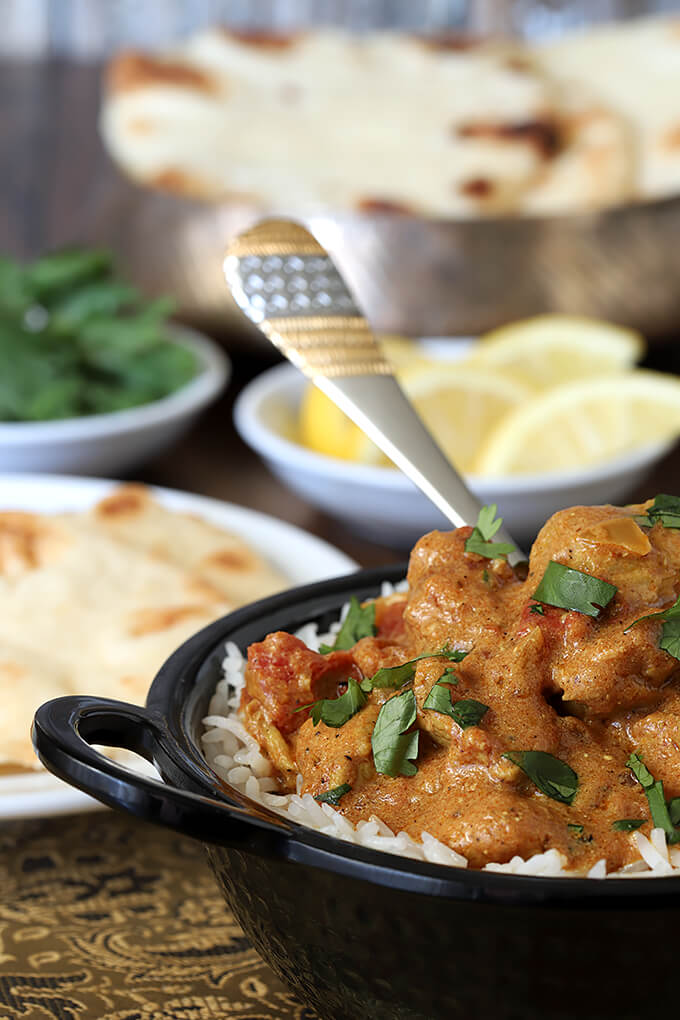 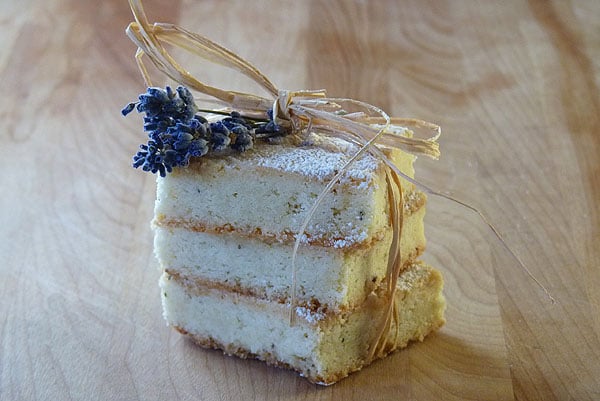 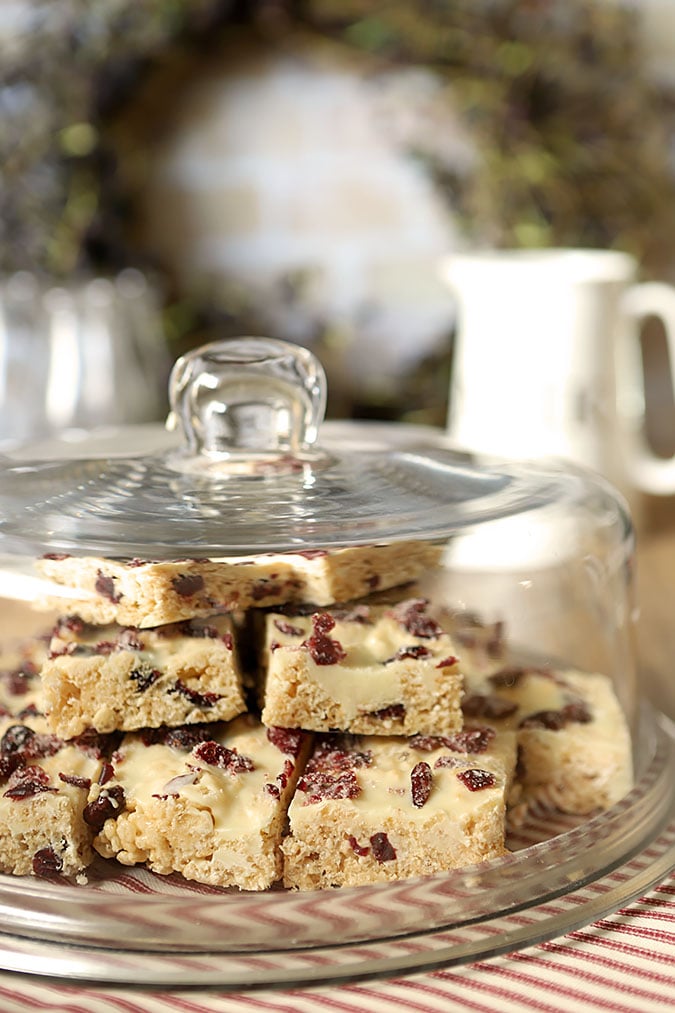 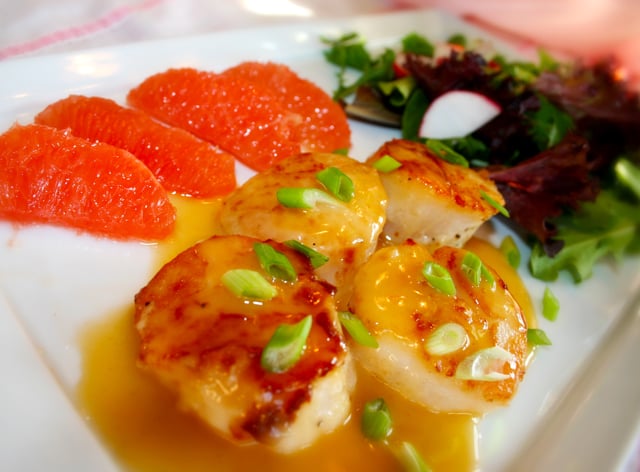 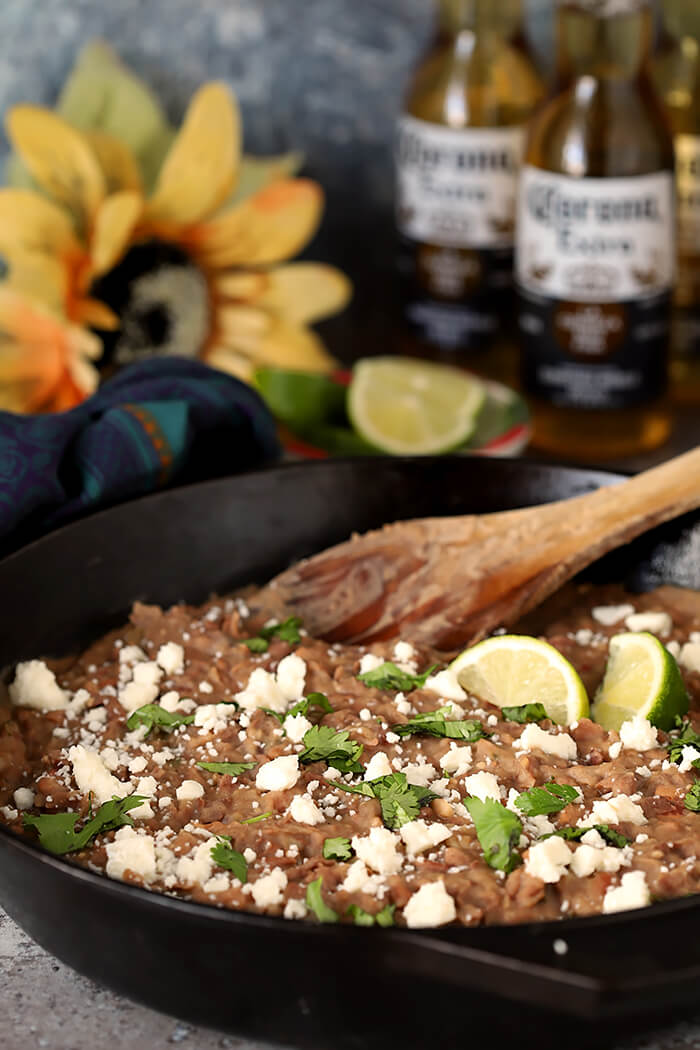 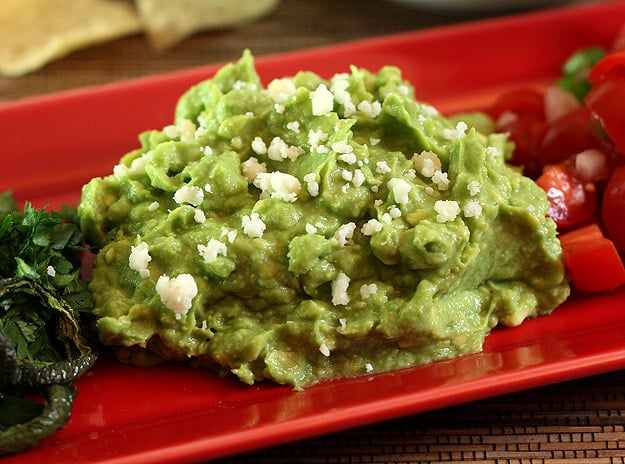 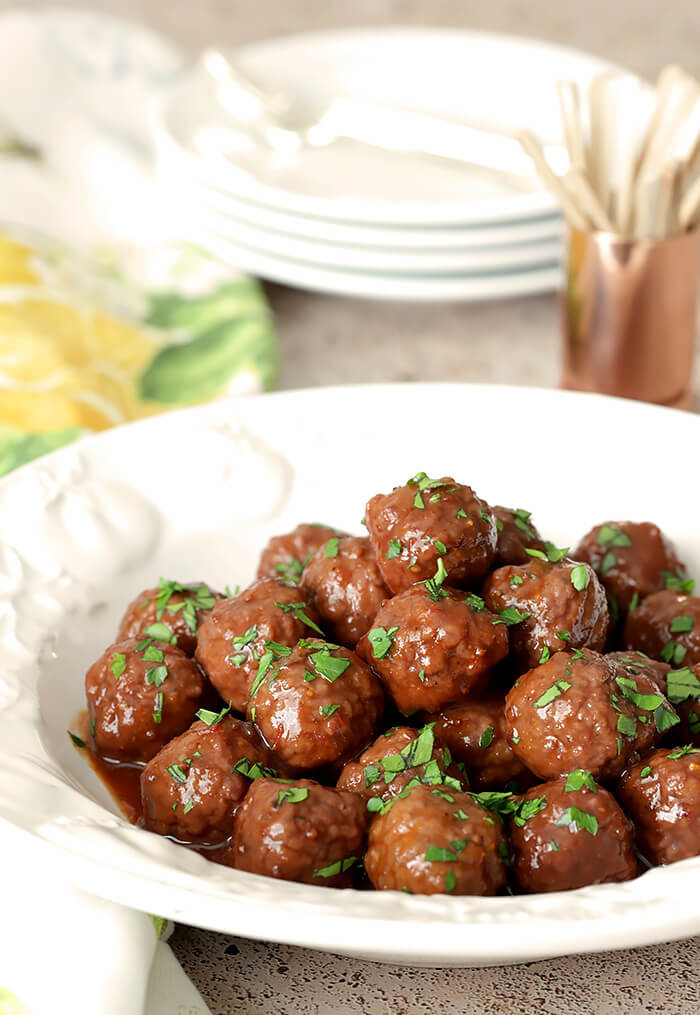 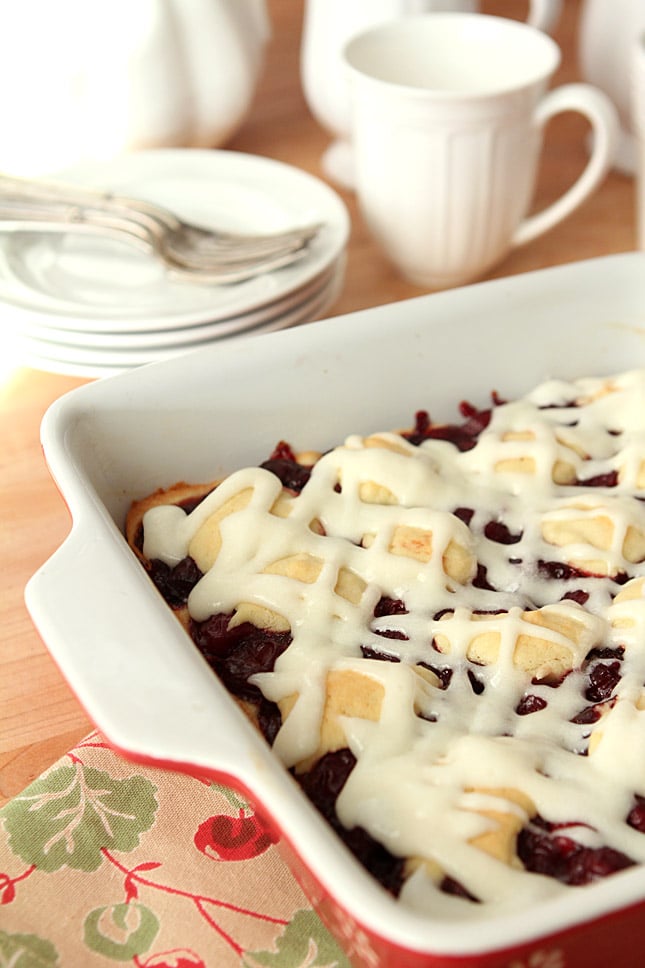 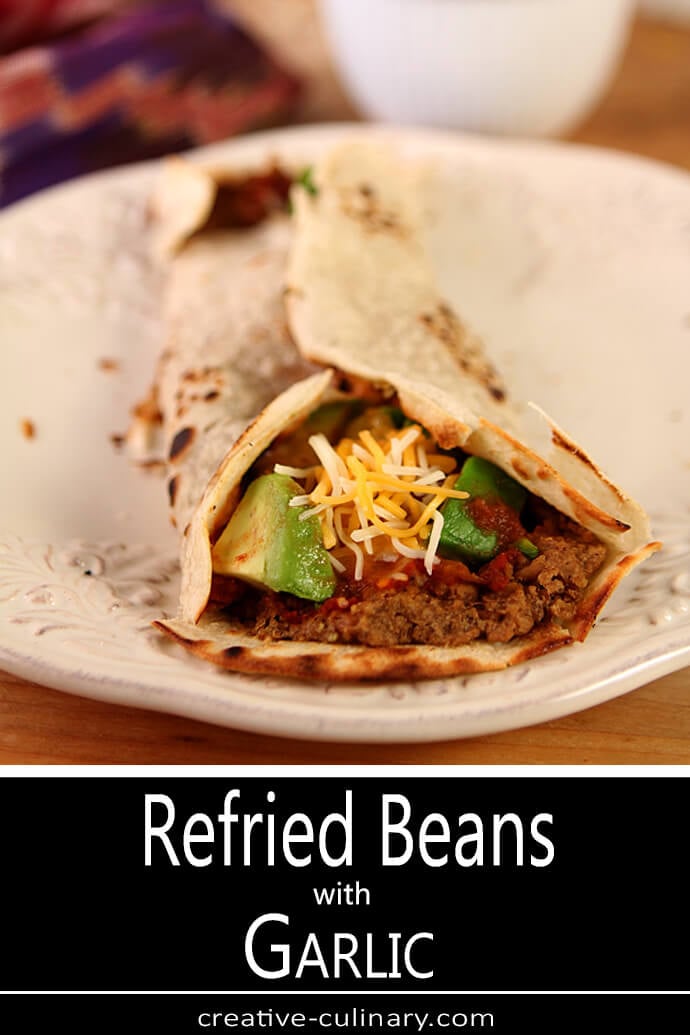