This is a simple but delicious dish; bread pudding from The Pioneer Woman’s cookbook is combined with a boozy syrup and it’s fit for a holiday breakfast! 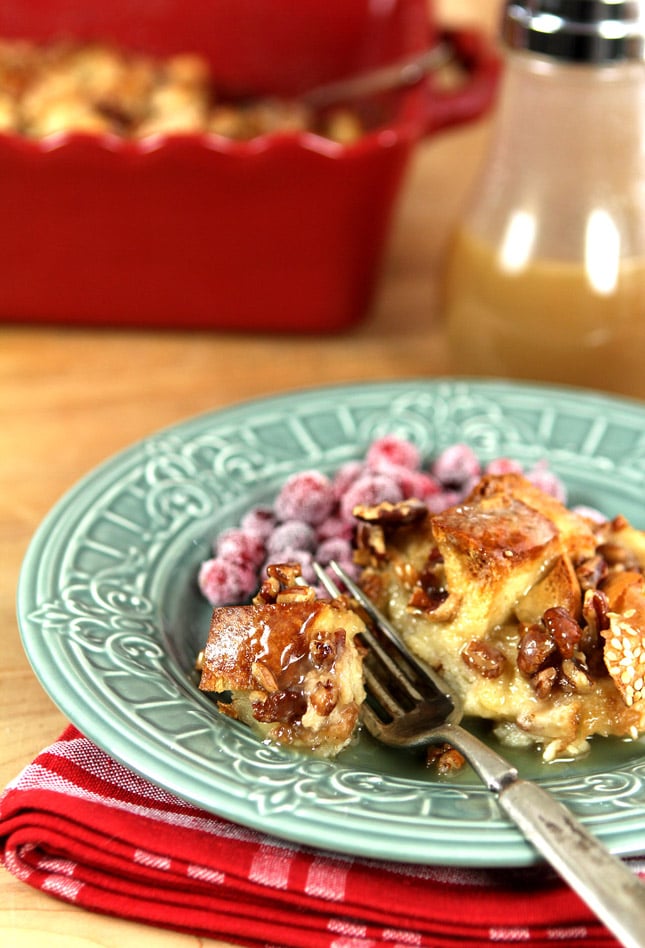 OK, so maybe this is not really a cocktail for Friday Cocktails but the term boozy is not to be taken lightly. The contribution that bourbon makes to this dish is heady stuff and just a perfect grownup dessert during the upcoming holidays. No matter which ones you celebrate shouldn’t they all simply be called ‘The Holidays of Indulgence?’ This Boozy Bread Pudding works beautifully in that realm!

I have to be honest, there are days when it feels like cookbooks are taking over. Most of mine are in storage until my new home is completed in a few weeks but the number that I have received in the past several months would outfit a nice library; so I’m careful about what I agree to take a peek at. Still, it was a ‘no brainer’ when asked if I would like a copy of a new book just in time for the holidays; The Pioneer Woman Cooks: A Year of Holidays by Ree Drummond.

I have this strange affinity with Ree that she doesn’t even know about. When my children were young and we lived in our home on an acre of property in Raleigh, NC, everyone around affectionately referred to ME as ‘the pioneer woman.’ I chopped wood for our wood stove, made all of my own clothes, planted a huge garden and filled the larder with canned and frozen foods each summer and handmade each and every Christmas gift I gave to friends and family. We even built our own garage; although I don’t think true pioneers had garages right? 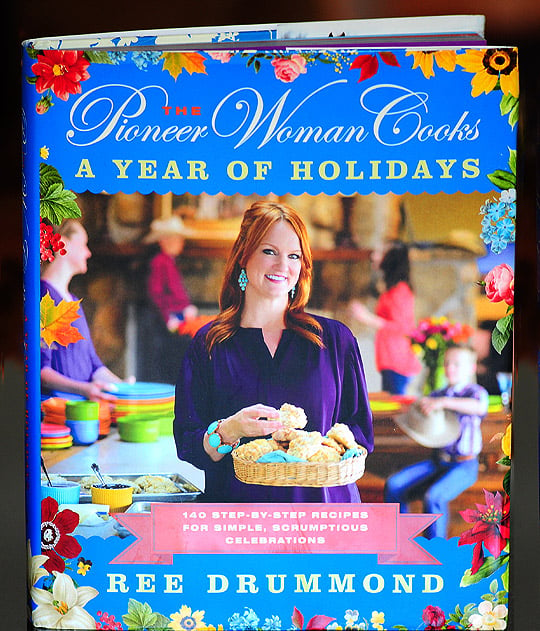 This is a beautiful book and it’s not just filled with photos of food. Ree is present with you in each and every recipe; her voice is what brings each story alive while she also shares photos of her ranch, her family and the ones I get such a huge kick out of…her dogs. I love how it is separated into chapters that detail recipes for specific holidays starting with New Years Day and finishing the year with recipes for New Years Eve…and everything in between!

The one recipe I got such a kick out of? Rum Cake. MY rum cake. Or at least one of those old recipes that I still have on a card in a binder I got when I was married. Personally shared so many times between friends that it’s traveled all over the globe I’m sure but I know it’s one of the best. Make it; you’ll see. I’ve sometimes thought I should re-configure that recipe so it’s made from all scratch ingredients instead of using a cake mix but you know who stops me? My friends…they LOVE the occasional quick prep of something so amazing. And there I go again…another boozy dessert I LOVE!

If you’re a fan of Ree’s already you’ll know to expect the helpful step-by-step photos that are evident in her other books and on her website. I admit I was sort of wishing for a synopsis of just the recipe steps without the photos but I heard loud and clear from people around me that I’m in the minority.

Both my grown daughters and friends who do not cook like I have for a bazillion years LOVED that feature. It was interesting and useful to get feedback from others so I have to heartily endorse that effort which is, in their words, SO helpful. 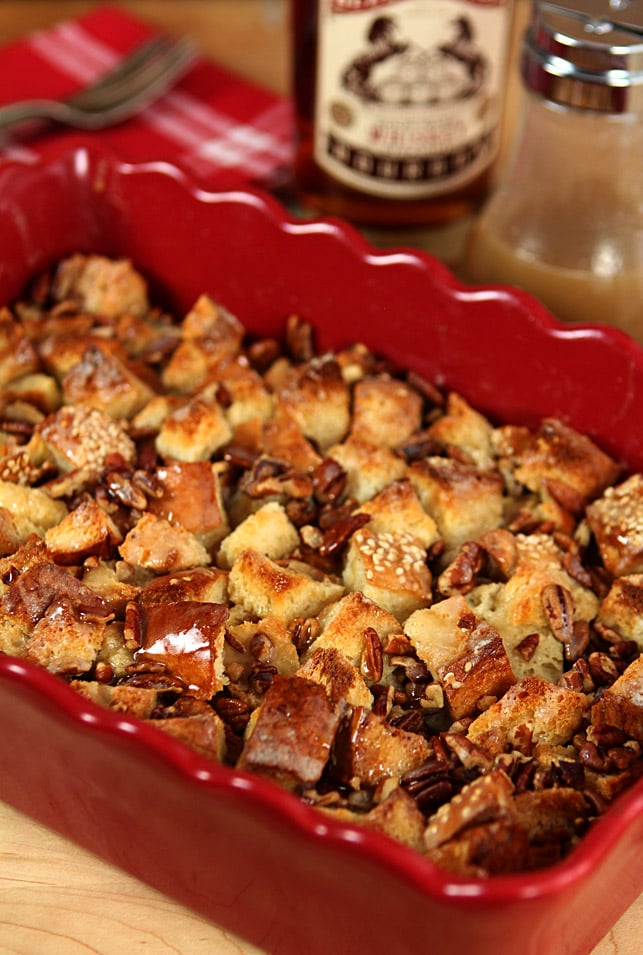 This bread pudding? Seriously out of this world. I made it for some friends and I heard more than one (all of them) say, ‘I think I’ll have just one more bite.’ until it was ALL gone. Ree calls for rum in her recipe but suggests that bourbon could also be used and that’s what was calling my name. I used Belle Meade Bourbon because it has such an appealing caramel nose and was the perfect compliment to the flavors in this dish. I also served it with sugared cranberries; they are not just for decoration…they are fun to eat and offered a nice tart accompaniment to this sweet dessert. Oh my YUM indeed! 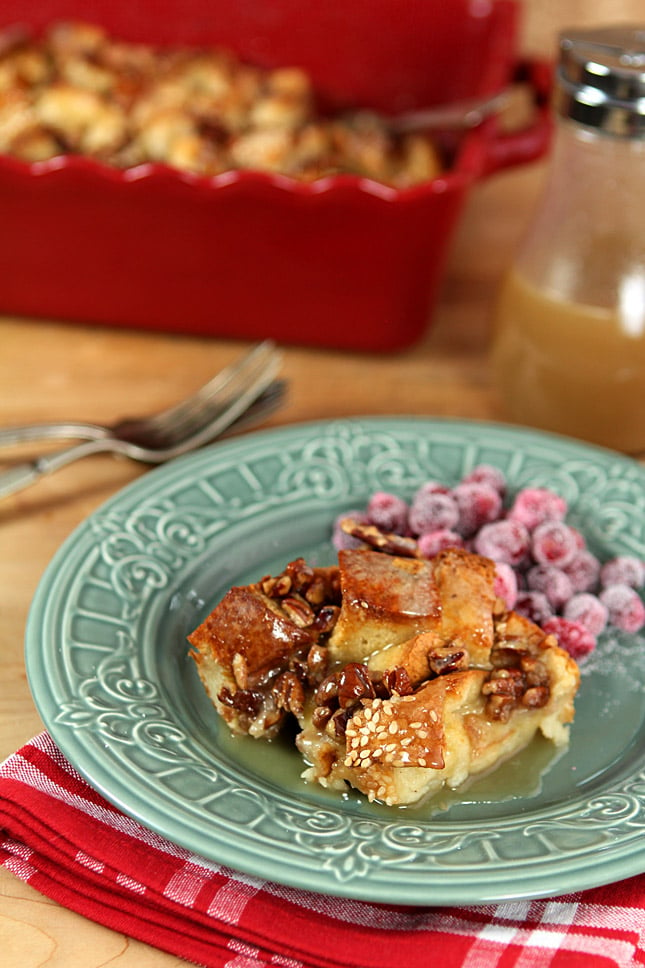 These are the recipes of hearth and home; not one will set you scurrying to the market in search of exotic goods. Some basic recipes and techniques are included that would appeal more to newer cooks but I found several dishes, including this one today, that while easy to prepare was just perfect. Yes, I saw Boozy and I sort of knew it had my name written all over it. From pioneer woman to booze queen, that’s me! I’m grateful that Ree decided to share this book with me and lucky that I was in turn able to share this fabulous recipe with you…it is truly fantastic! 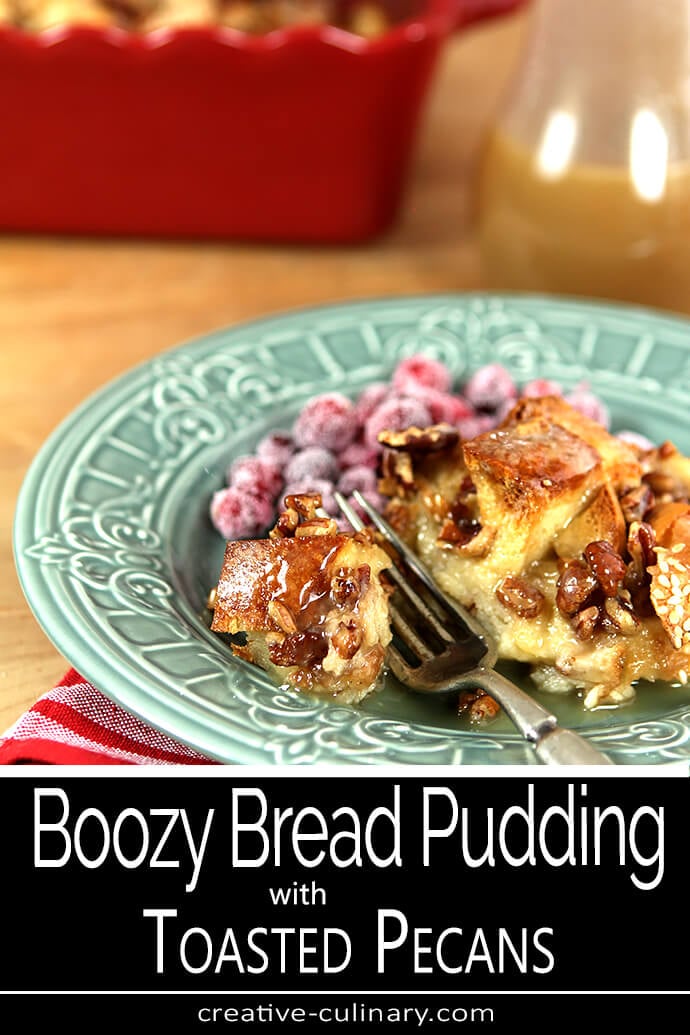 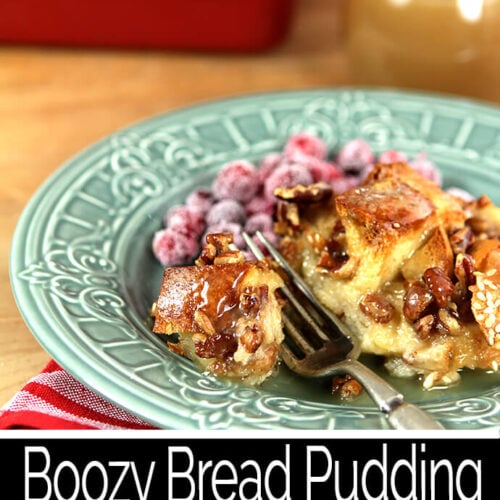 For the Bread Pudding:

For the Boozy Sauce: 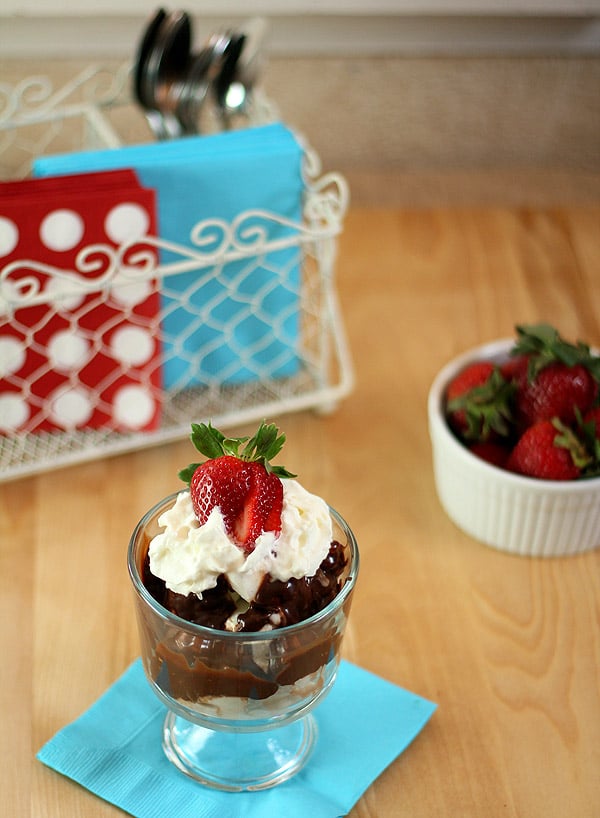 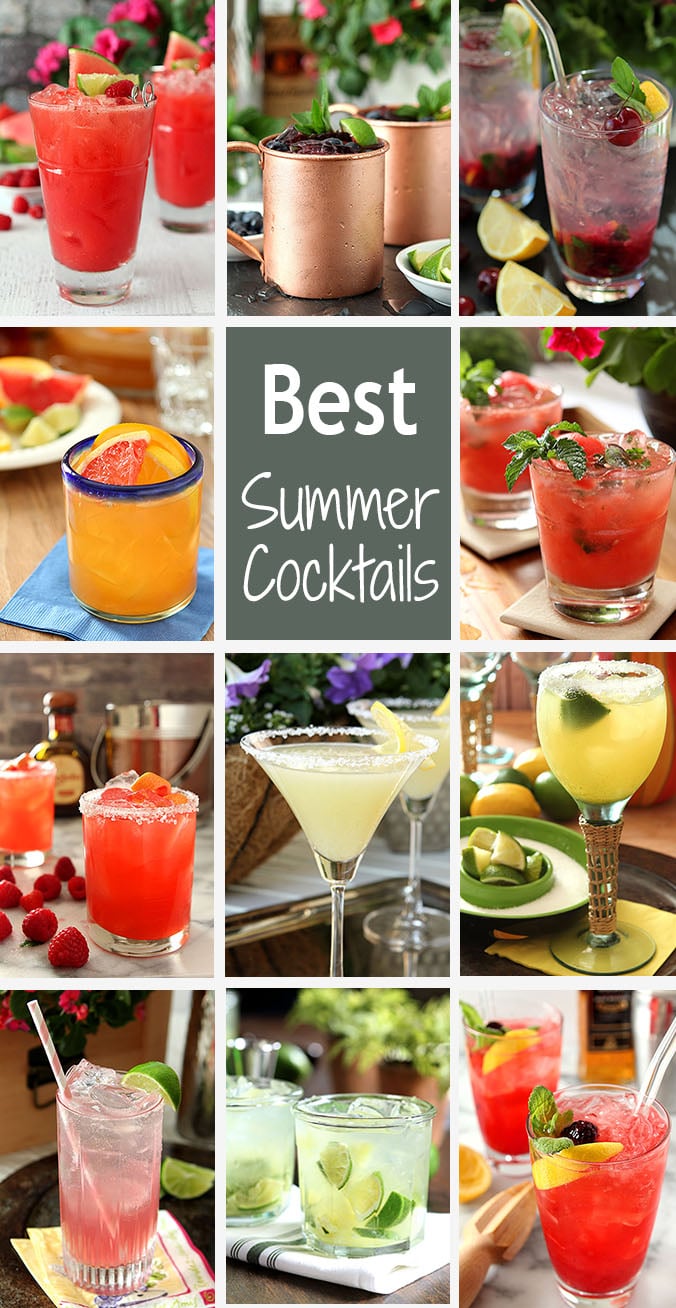 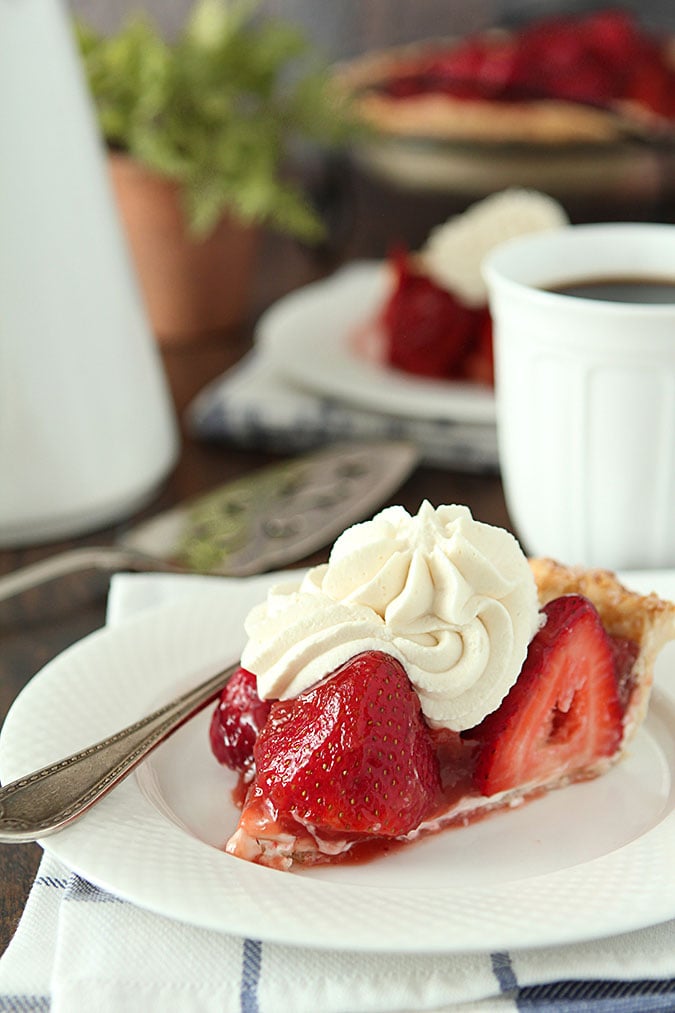 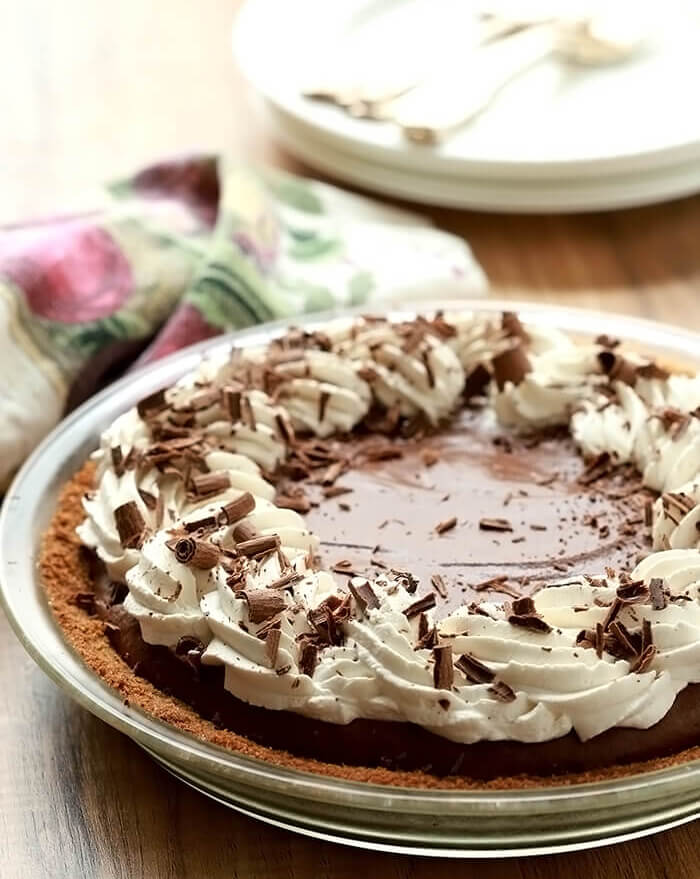