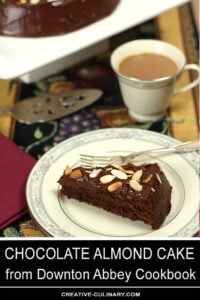 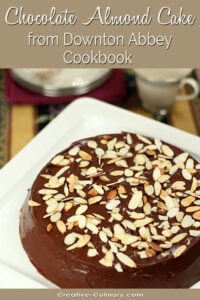 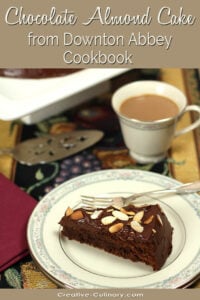 Whether a fan of Downton Abbey or not, this rich Chocolate Almond Cake will delight you and guests…it’s timeless! 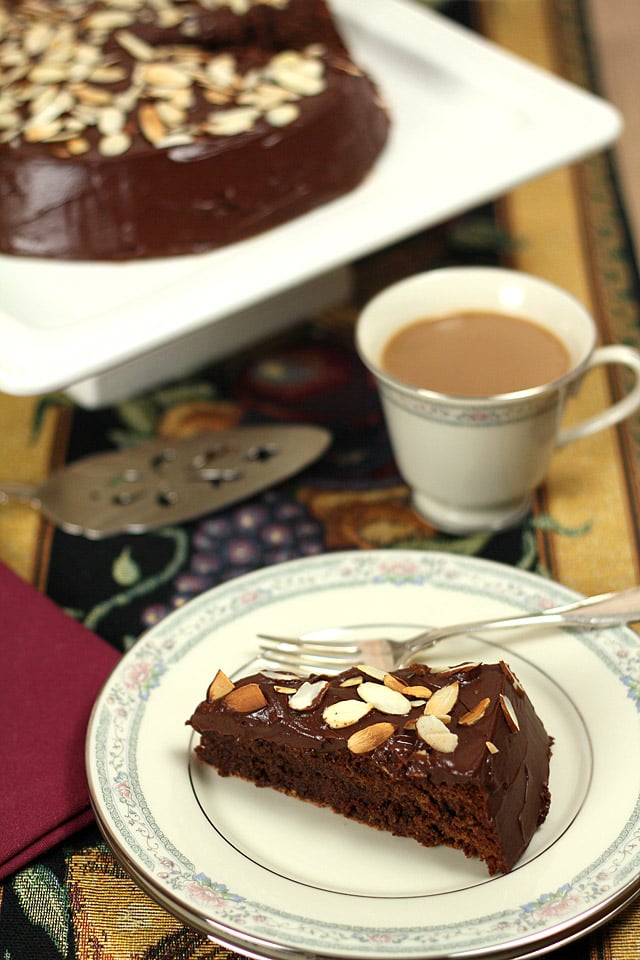 I will admit that I was pretty late to this party. I missed the entire first season of the PBS ‘Masterpiece Theatre’ series called Downton Abbey, the story of a manor house in England during the Edwardian period. I’m catching up but I’m also sharing this amazing Chocolate Almond Cake that one might have expected at dinner.

The story tells the tales of the people who live inside both the ‘upstairs’ and the ‘downstairs’ signifying the upper class residents and their servants. I started watching about 3 episodes into last year’s series and actually chose to stop watching at that time because I had missed so much of the story line.

I waited until I was able to watch the first two seasons in their entirety with the help of Netflix and Hulu. Now I’m ready for Season Three!

Heading into Season Three, the First World War is over, but intrigue, crisis, romance, and change still grip the beloved estate of Downton Abbey. Season Three starts in the states on January 6, 2013 on your local PBS channel.

Joining the cast this season is the veteran American actress Shirley MacLaine.  Series three begins with MacLaine’s arrival at Downton days before the wedding of Lady Mary and Matthew Crawley. She immediately riles the Dowager Countess of Grantham (Dame Maggie Smith) with her straight-talking American ways. Go Shirley!

Julian Fellowes, creator of the show, said it was a treat to see the two veteran actresses on screen together. “They punch at equal weight. When they’re onscreen, you want to look at them both.

We were lucky enough to get Shirley Maclaine and the whole thing goes off like a firecracker,” said Fellowes, speaking at a preview screening of the new series. “She was what we were looking for. I don’t know who else we could have got.

We wanted that complete cultural difference, so she would get out of the car and everyone would say, ‘Ooh, blimey!’”

Gareth Neame, the show’s executive producer, said MacLaine was the dream choice for the role. “They key thing was to make sure we had an actress who was a match for Maggie Smith,” he said, “and that made the list very small.”

I simply can not wait to see the fireworks between these two! 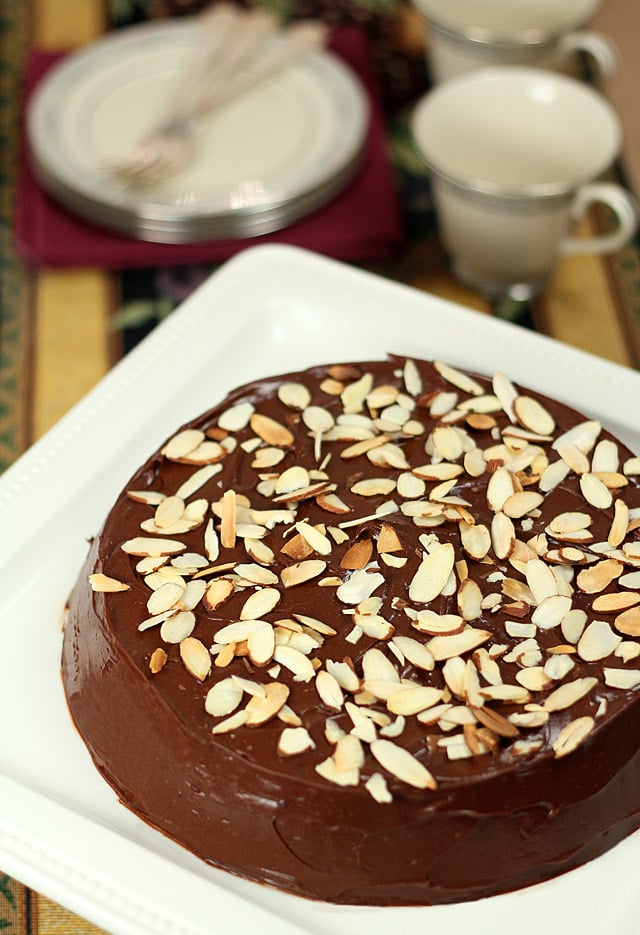 I was approached by the publisher of the ‘Unofficial Downton Abbey Cookbook’ wanting to know if I would like to review their cookbook. I had just spent an entire weekend consumed by 2 years of this series; I think my reply was especially excited.

I chose to do an ‘upstairs’ dessert; Decadent Chocolate Almond Cake with Chocolate and Sour Cream Icing. This cake would have  only been served to the lords and ladies of the Downton Abbey estate.

While later made famous by chefs like Julia Child, this cake was enjoyed in Europe and made by cooks like Downton Abbey’s Mrs. Patmore long before Julia came calling. 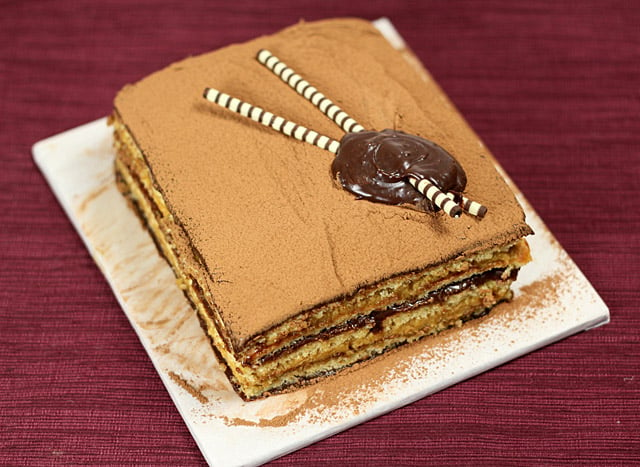 I served this cake this past weekend at get together of our local Denver blogger group; it was a small group in attendance but we had some great food. Ansh really outdid herself. She knows we love a hot and spicy Indian dish she makes so she did not disappoint but she also brought a gorgeous layered dessert. Isn’t it pretty? 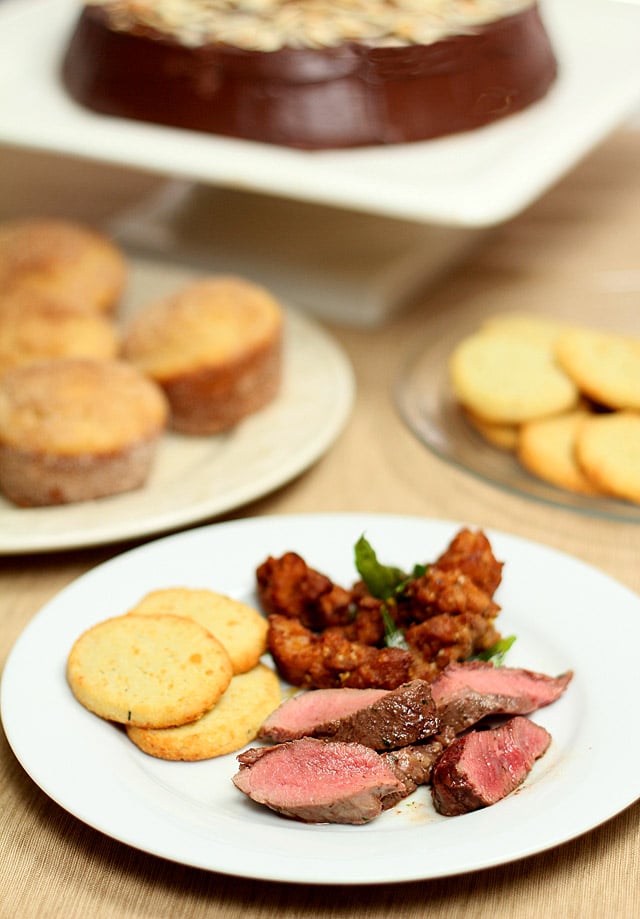 Karen brought some fabulous Cinnamon Donut Hole Muffins (really, muffins that tasted just like cinnamon donut holes!), Jane had made some cheesy/thyme ‘biscuits’ that reminded me very much of Abby Dodge’s sable crackers and I prepared some beef that was provided to me by Todd with Ralston Valley Beef.

They are a small grass fed, organic beef operation. I met Todd a few weeks ago at a day long event I attended that was put on by folks at Colorado State University called ‘Beef + Transparency = Trust.’

I’ll be writing a full article on that event but I wanted first to prepare some of Todd’s beef and get reactions from others in the group. It was seriously some of the best beef we’ve ever had…lo and behold who should should show up as we were winding down?

My new best friend Todd who brought me a couple of Rib Eye steaks. The best part? I passed the ‘I cooked it perfect’ test from a beef guy. Whew! 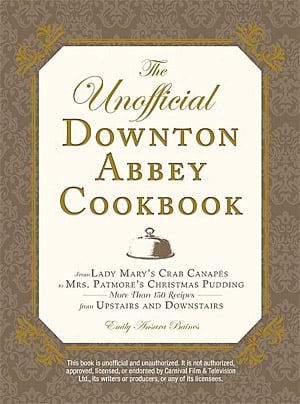 Sorry I strayed a bit far from the Abbey didn’t I? But I’ll bring it back around for one last  thing after the recipe…I’ve been offered a copy of the book to give away to one of my readers!

This is a fun and interesting book, full of recipes and tidbits related to the time. Get yourself a copy and decide on the dish you’ll make for the premiere of Season Three and join us…we can have a virtual viewing party! 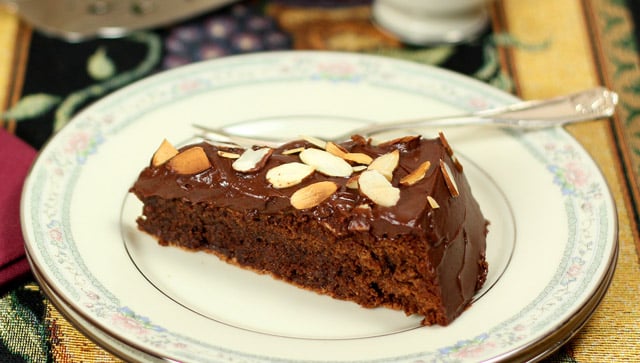 The single layer cake is a combination of rich chocolate, espresso and butter combined with ground almonds which makes the almond description very fitting.

The icing is really more of what we would call a ganache; thick and creamy with more chocolate, dried espresso and the surprise addition of sour cream. I loved the cake but thought there was a bit too much ganache…as much as I LOVE frosting I enjoyed this cake better with a bit less! 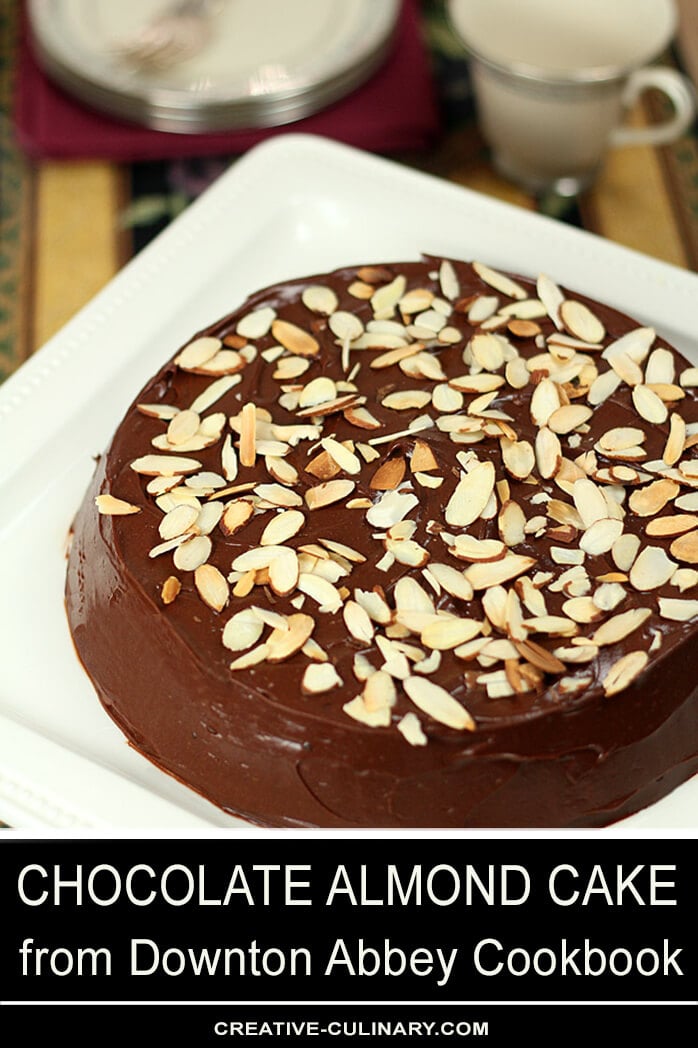 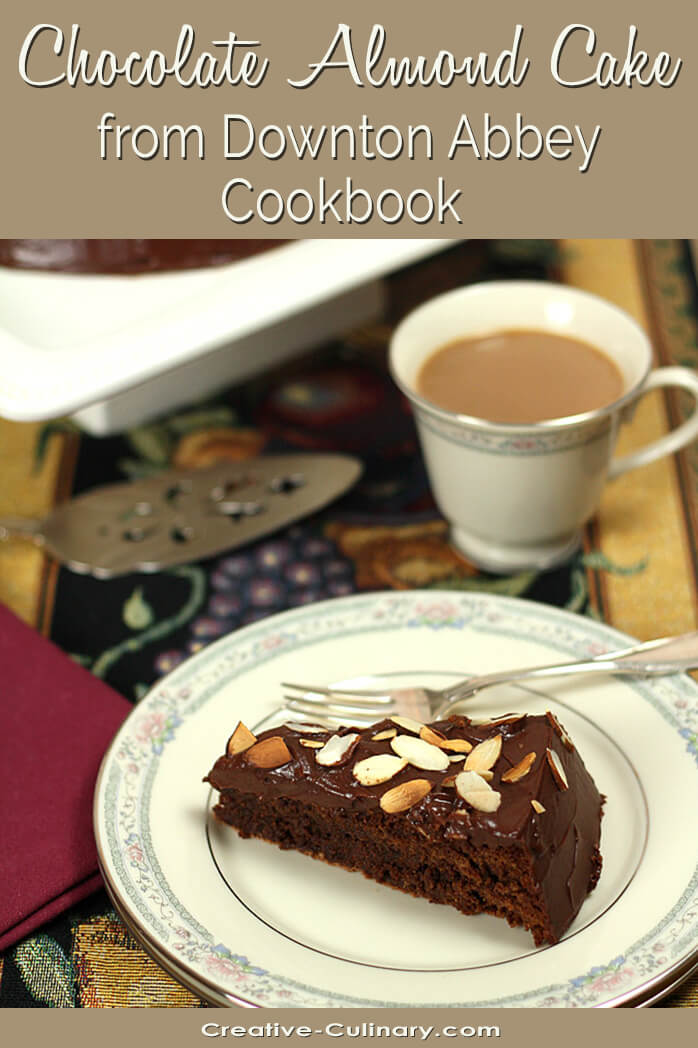 I halved the ingredients for the frosting; it was far more than this cake needed! 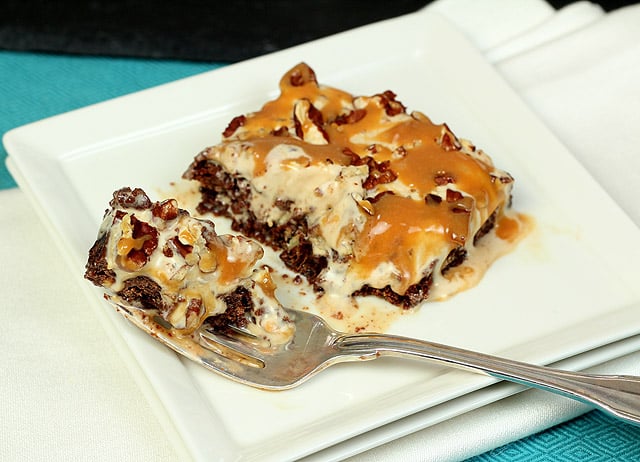 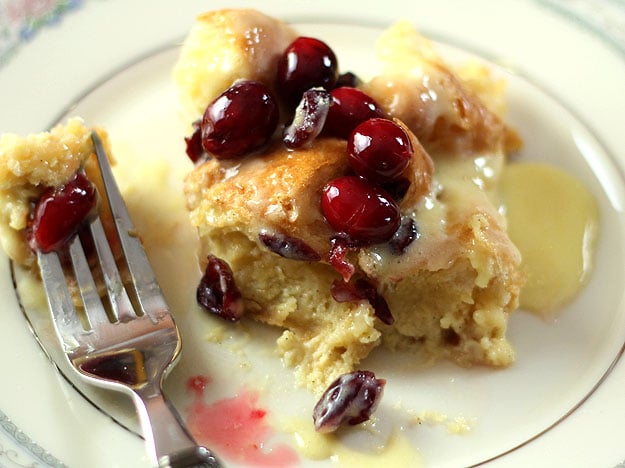 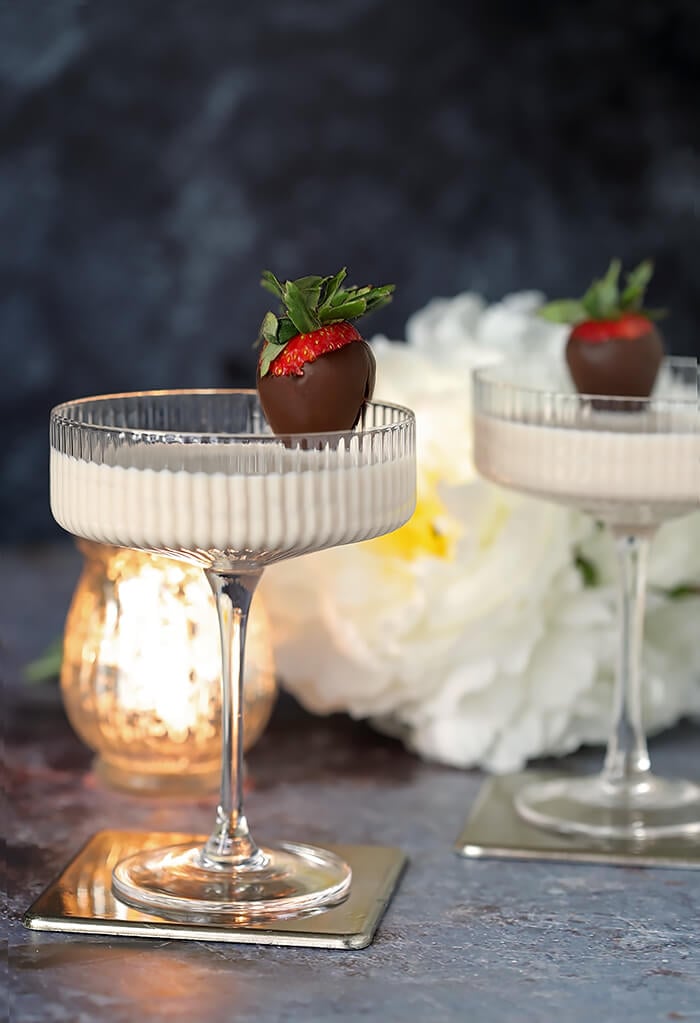 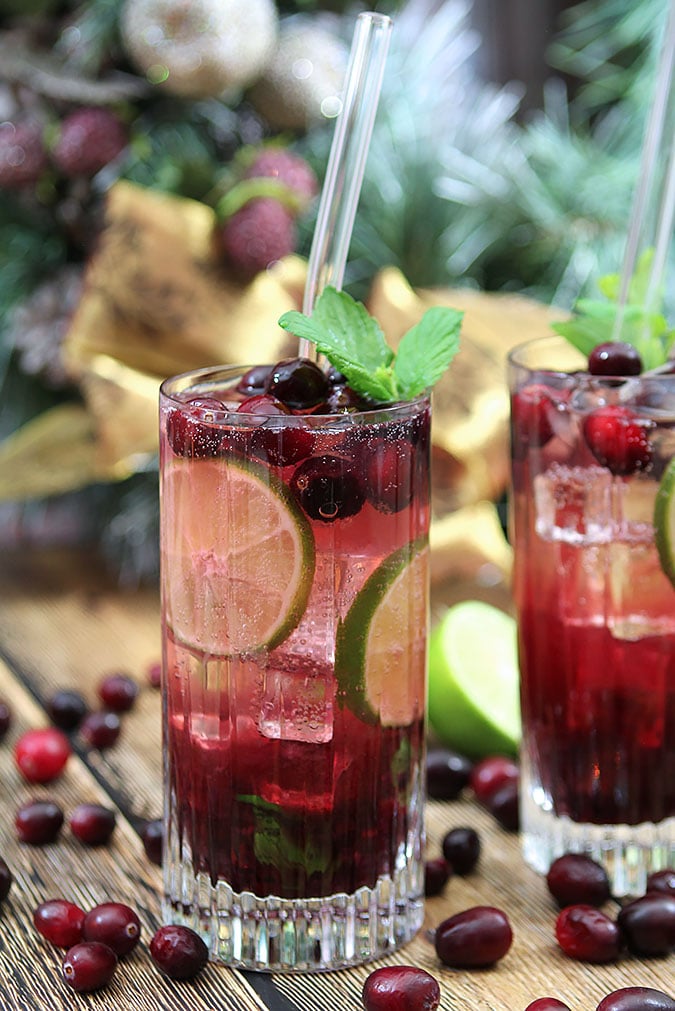 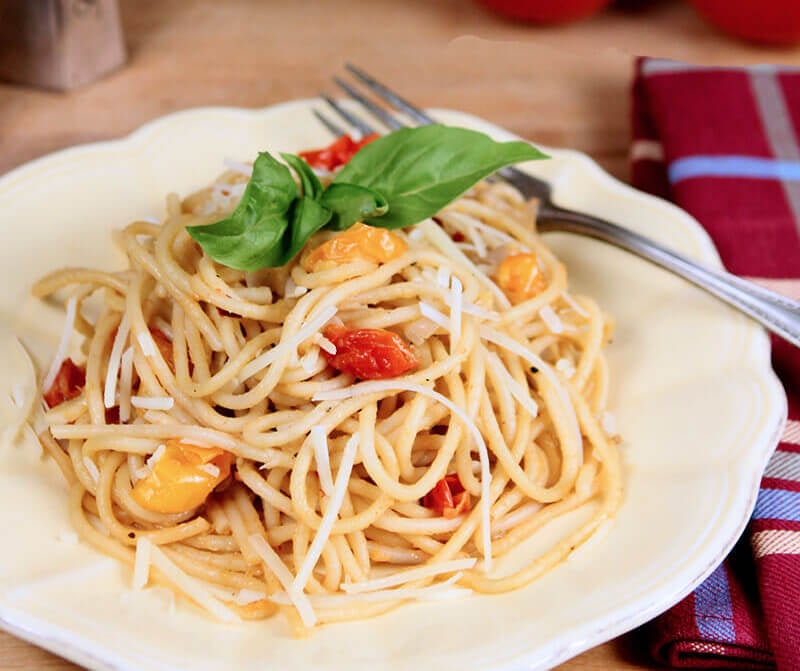 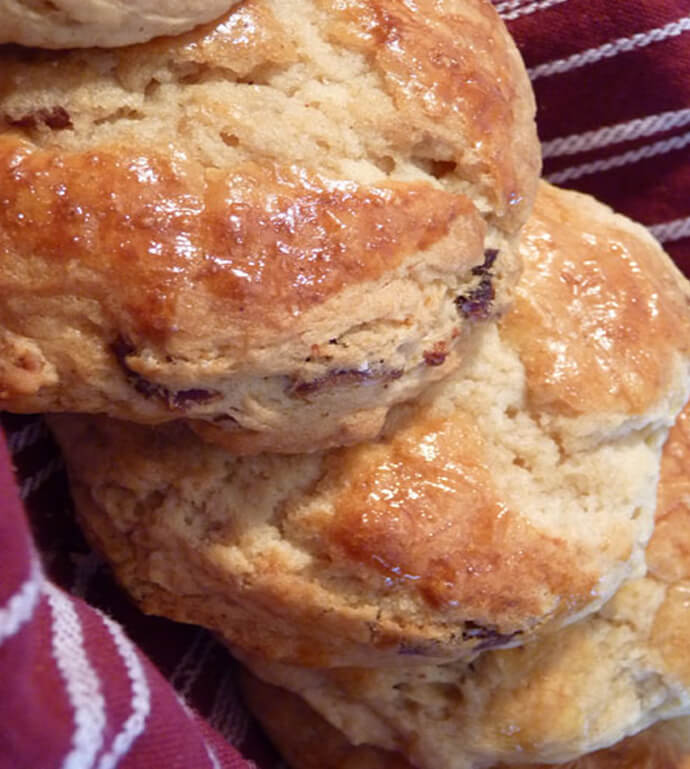 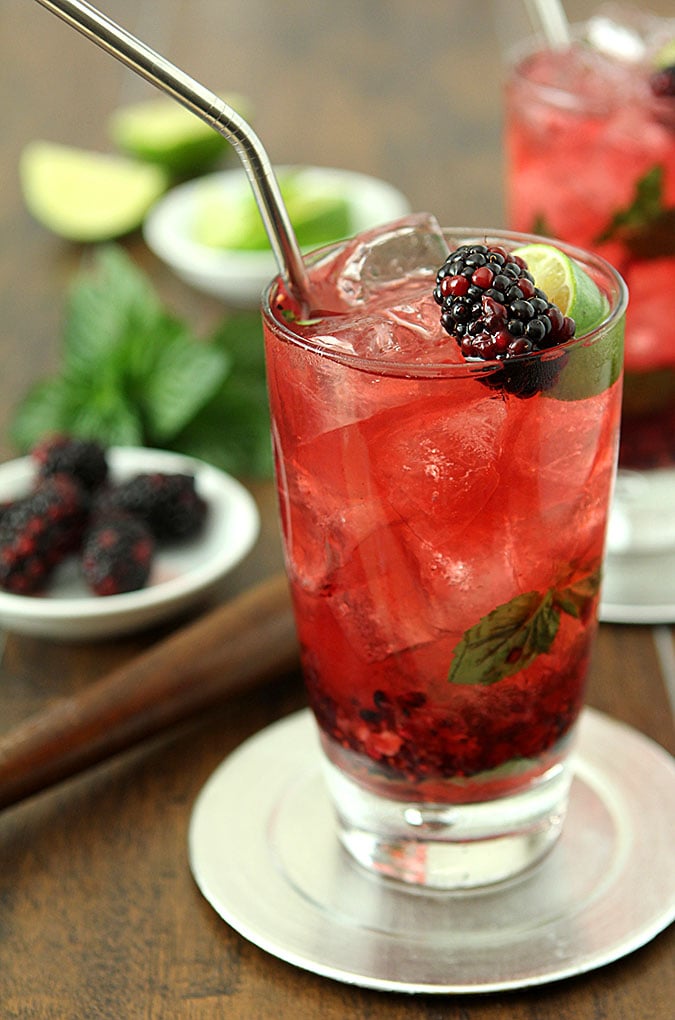 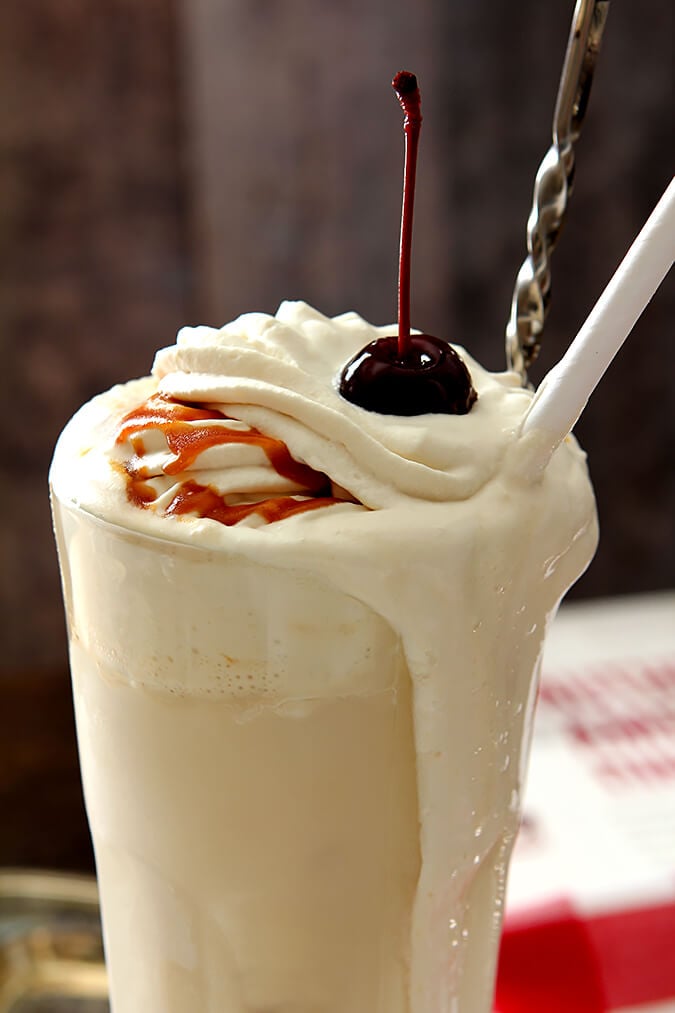 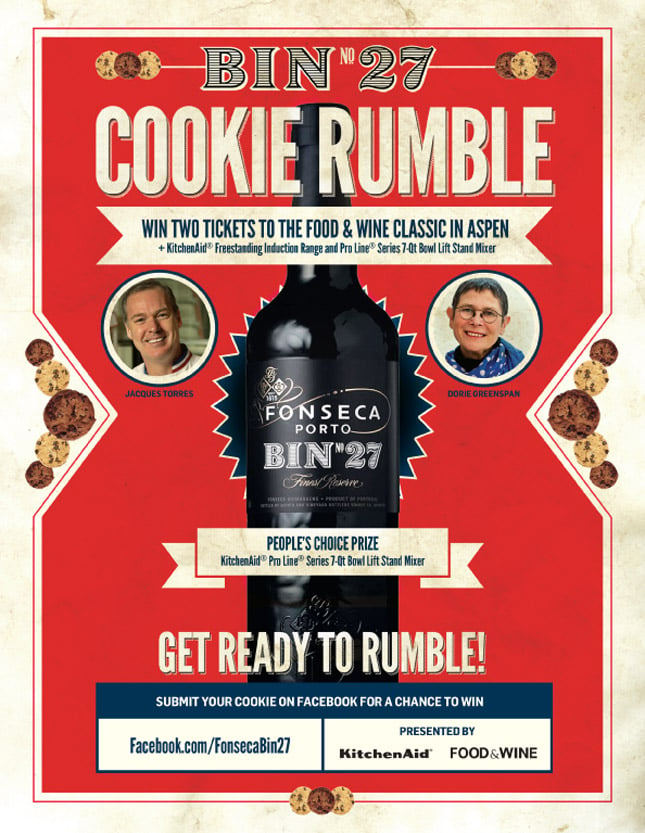