You are here: Home / All Recipes / Cuba Libre Cocktail

I love a Cuba Libre Cocktail; it’s probably the easiest one to make and the combination of  sweet Coca-Cola and lime just hit the spot! 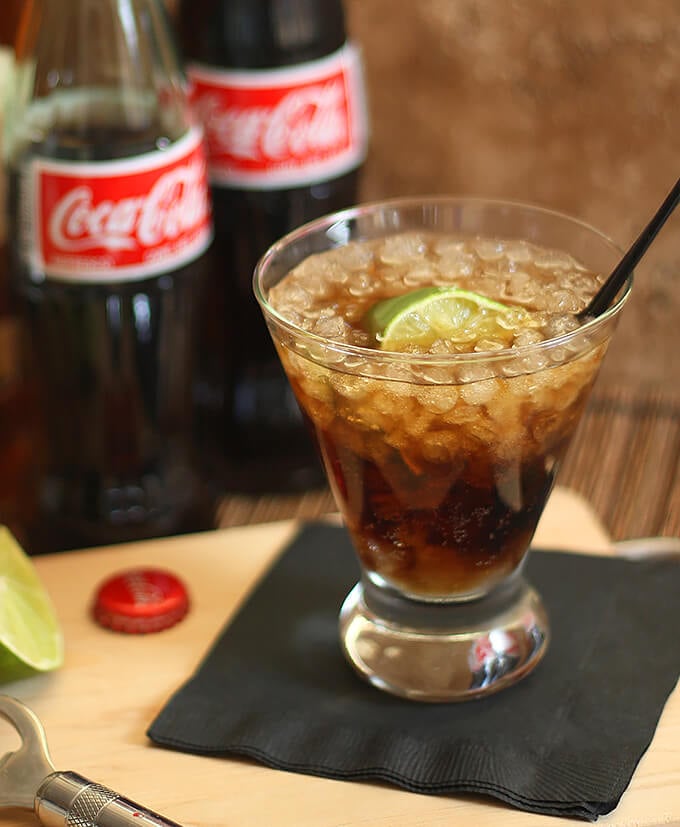 This is a simple cocktail but it’s one of my favorites; simple to make and so refreshing it’s something I can drink year round.

The truth is that long before I ever tried a Cuba Libre I was long hooked on Coca Cola with a slice of lime. Somewhere along the way (of course not until I was 21!!) I was introduced to my favorite drink with an adult beverage as part of the mix.

Immediate love. It may be a simple drink but it does not have a simple history. 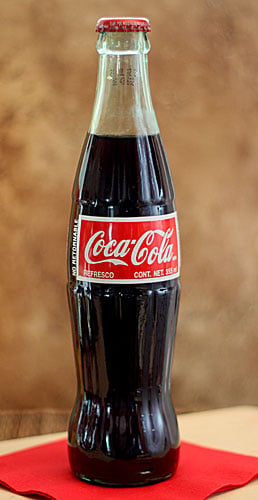 After the end of the Spanish-American war in 1898, the United States occupied Cuba until 1902 and in a twist that seems appropriate for a major corporation in today’s climate, that also signaled the beginning of sales of Coca Cola in Cuba.

In August of 1900, while celebrating the US victory over Spain in Cuba, Captain Russell of the United States Army Signal Corps, ordered Bacardi rum (at that time THE rum of Cuba) with a Coca Cola and a slice of lime.

His toast of “Por Cuba libre!” in celebration of a free Cuba had a special political significance and was frequently used by Cubans and Americans alike; the name and the cocktail were forever married and that was that.

A second war more than 40 years later saw a resurgence in the popularity of this  drink.

By 1944, all American distillers, no matter their size, were required to turn 100 percent of their production over to Uncle Sam which resulted in low domestic supplies of many favorite liquors.

At the same time Caribbean rum was plentiful enough to make up for that.

With some irony, sugar was being rationed which meant most people did not have enough to make daiquiris or Collins cocktails but the one company that was big enough to pull strings and continue production? Coca Cola!

Prohibition eventually ended but this cocktail’s popularity did not. Though now made with any variety of different rums and coke from bottled to diet to caffeinated…it’s still a popular drink and still a symbol of ‘free Cuba’ by dissidents in that country. 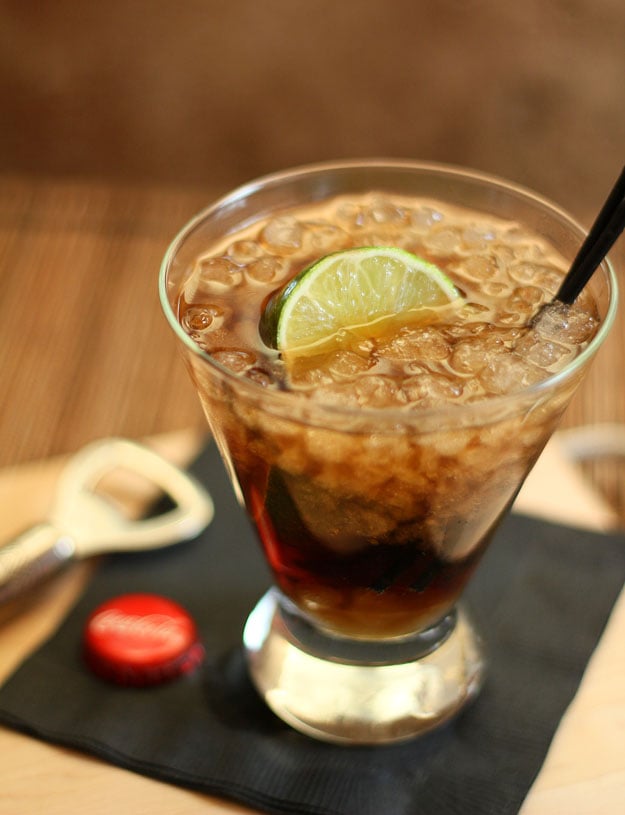 Recreating the ‘original’ Cuba Libre would be impossible today. It’s not just rumor or heresy, the truth is that Coca Cola at one time included a considerable amount of cocaine.t

Iwasn’t until 1904 when executives started to explore phasing out the cocaine content from the beverage; that was accomplished soon thereafter.

Bacardi moved their Cuban operation to Puerto Rico after prohibition so though there is some attempt by Bacardi to hang onto the Cuban legacy, they are no longer a Cuban rum so any attempt today to recreate that original drink with Cuban rum and a cola with cocaine would have to be a much more clandestine adventure then the one I took to secure ingredients.

I was excited just to find glass bottles of Coca Cola made in Mexico. They are typically manufactured with cane sugar instead of high fructose corn syrup and are more representative of Coca Cola from days gone by.

The ingredients may not be the same but in the spirit of hoping someday the people of Cuba are free, I say ‘Cuba Libre!’ 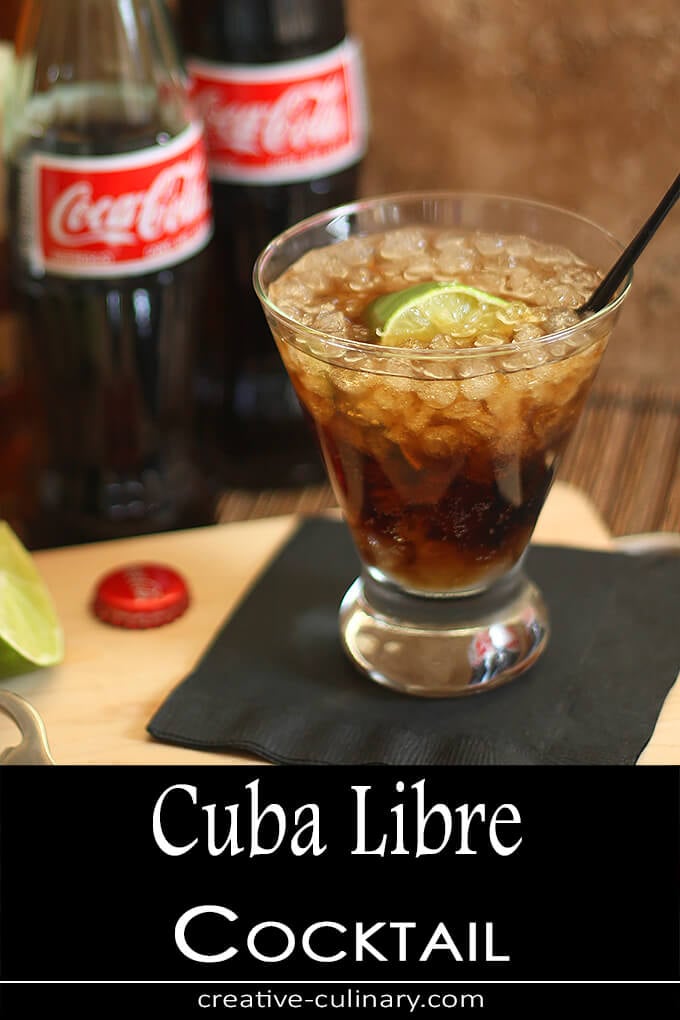