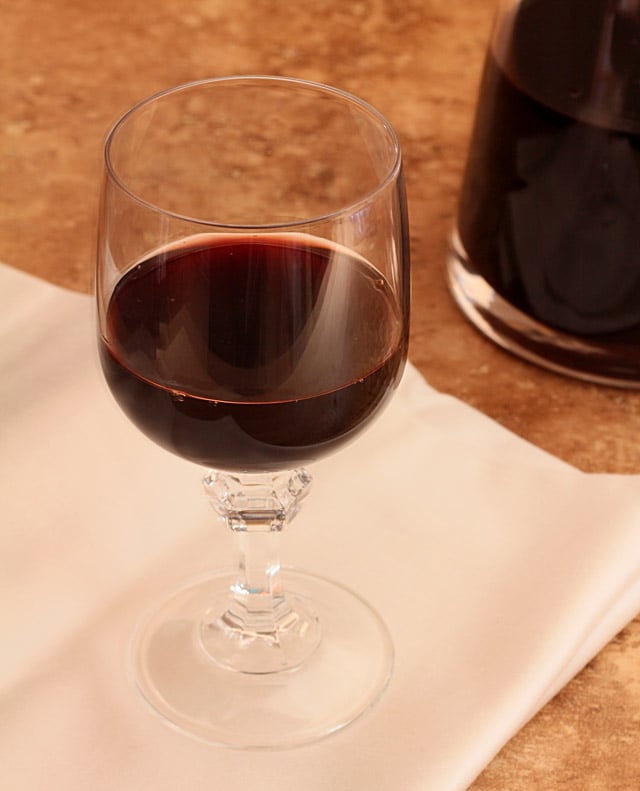 I spied a recipe on Food 52 a couple of weeks ago that took me back many years. It was a method for making a spiced wine at room temperature that I haven’t done since I lived in an apartment complex as a young woman and had a neighbor Alma of Greek descent who shared with me so many things that are current again today including Quiche Lorraine and this technique for making spiced red wine without cooking it. 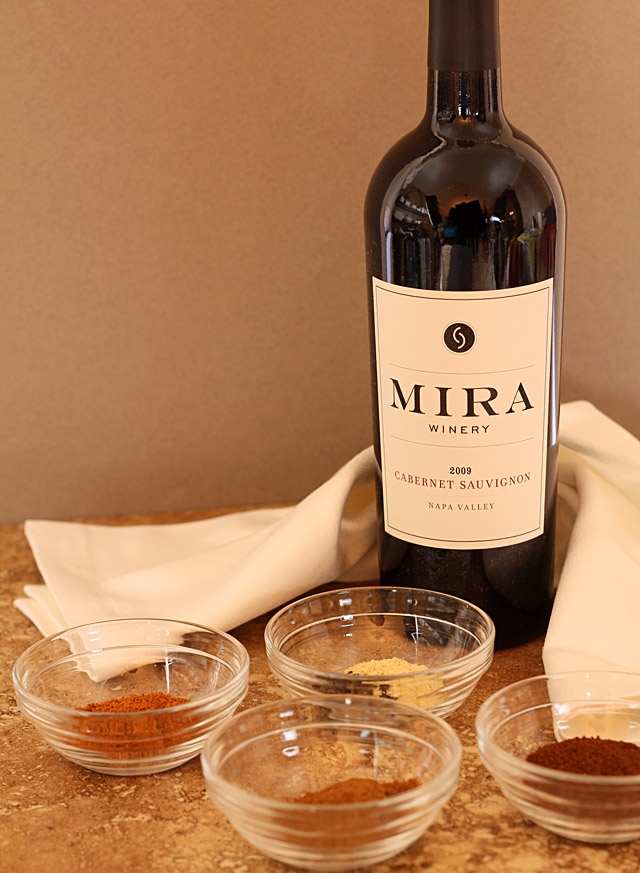 It came at a good time. I had just received a bottle of 2009 Cabernet Sauvignon from the Mira Winery in Napa Valley and while I do love sipping a nice glass of wine in the evening; I also wanted a quality wine to use for this recipe. I believe all recipes calling for wine start with a good bottle; that I would be adding some spices to it would not be enough to cover up a poor product. This wine has the perfect amount of fruit which is important for making Ypocras (a spiced wine also known today as hippocras…it had the distinct honor of being titled after the Greek “Father of Medicine” Hippocrates). With a wild forest fruit nose and blackberry, mocha and black plum flavors, it’s a nice blend with 95% Cabernet Sauvignon and 5% Cabernet Franc; all from the Napa Valley and primarily from the Rutherford AVA.

Aged in 100% French oak barrels, 60% new for 18 months; this wine also has the distinction of being part of an experiment begun this year by the Mira Winery to try aging wine in the ocean. Though several European wineries have experimented with aging and storing wine in the ocean, Mira’s was the first project in the United States.

“The ocean has similar ideal elements that impact aging – temperature, pressure, humidity, pressure motion, light — or lack thereof — and oxygen,” said Gustavo Gonzalez, Mira Winery Winemaker. “Is there something just as impactful and interesting in aquaoir as there is about terroir?  We are going to try and find out.”

After three months, the wine will be tested and tasted by local sommeliers in comparison to the same vintage that has been stored in similar conditions above ground. Control factors going forward include how long after bottling it is submerged, as well as how long it spends underwater. More information on the tests and results can be found atwww.miranapa.com/charlestonharbor. 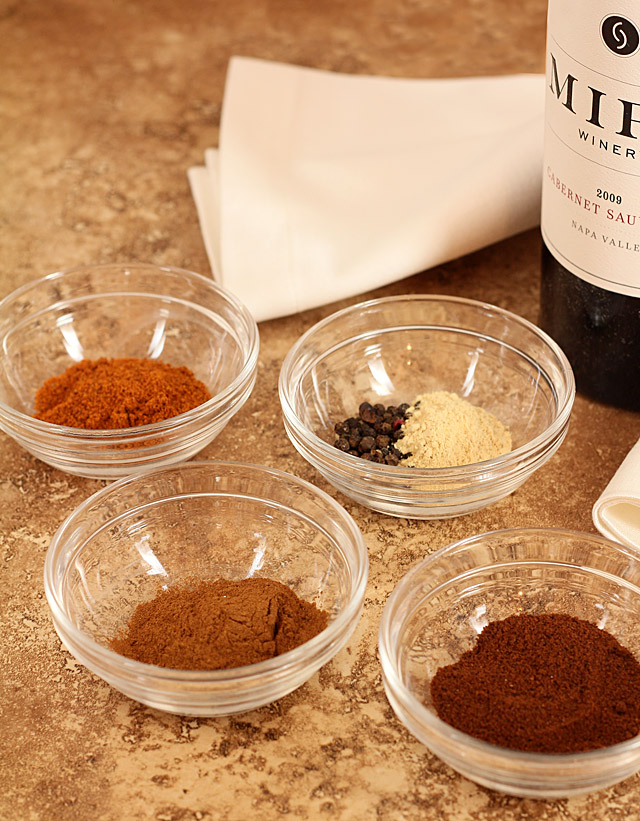 Spices include cinnamon, mace, cloves and grains of paradise. Grains of Paradise are not readily available and I could only find them online so I started doing some research. Some suggested black pepper, others ginger. I did a bit of each and the resulting flavor is beautiful.

We loved the Ypocras as an apertif but it’s also perfect for poaching fruit and pears which are next on my list; other ideas would be to use it in a meat sauce or I’ve even thought it would be great as a wine jelly served with crackers and cheese. The Ypocras will last for a month but I doubt you will have it around that long.

I’ll be honest; I cut the recipe in half because I wanted to drink some of the Mira Cabernet Sauvignon with a meal. It had an even shorter lifespan in this house; it was simply outstanding with these ribeye steaks I prepared for dinner last night. This is truly a wonderful wine; fabulous for drinking now, and likely even better with a few more years of bottle age.