This blend of three peppers with honey and lamb are absolutely amazing served with either pork or chicken. 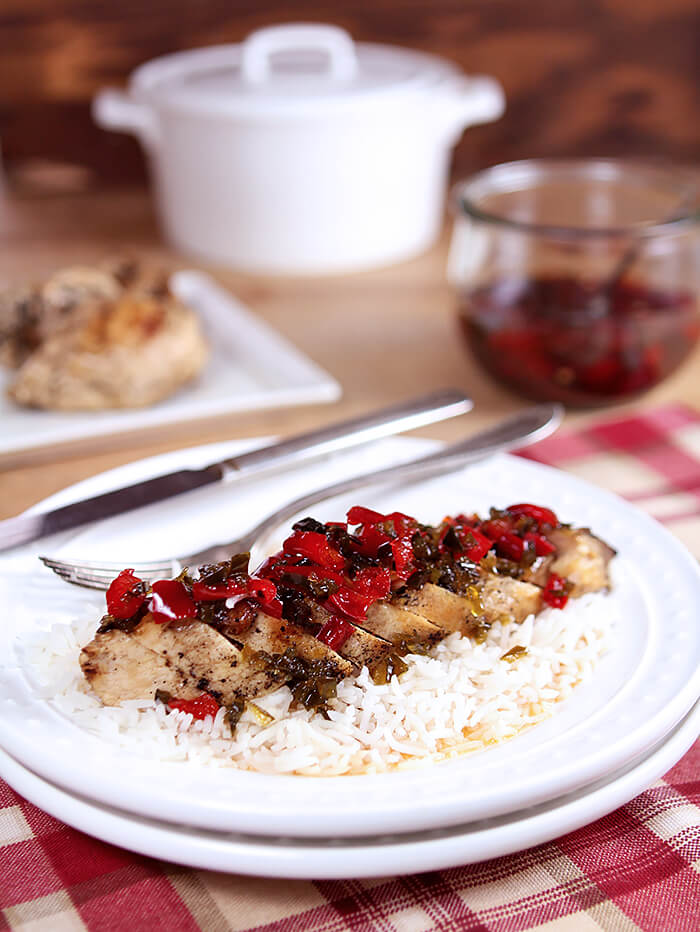 I was reminded when I was making this Red Pepper, Poblano, Jalapeno and Honey Sauce as a topping for pork recently what a huge leap of faith it was the first time I made it. As you know if you’ve read this blog for any length of time, I have a huge, big, very bad aversion to green bell peppers.

Just cringed even typing that sentence (I’m not kidding!). Although I discovered years ago that this aversion to bell peppers did not carry over to hot peppers (whew!) I kept my distance from yellow and red bell peppers just by association; knowing they are really the same thing. I’ve often wondered..is it nature or nurture? Neither my sis, my kids or my ex like them either!

Then one day, in the most inauspicious way, things changed. The gaggle of girlfriends that called ourselves ‘The Marthas’ decided to have a brunch; one of my friends had a sister that was going to be in town so we made a big production of it.

I remember the dish that Madeline made that was filled with onion, potatoes, cheese, butter and a whole slew of red and yellow peppers. So much in it that I did love but still, I just knew I would not like it. I resigned myself to put on a happy face and not moan about it either.

My aversion is taste, it’s not allergies so I just suffer in silence when the occasional bell pepper moment appears and no one is the wiser (but now you all know!!). 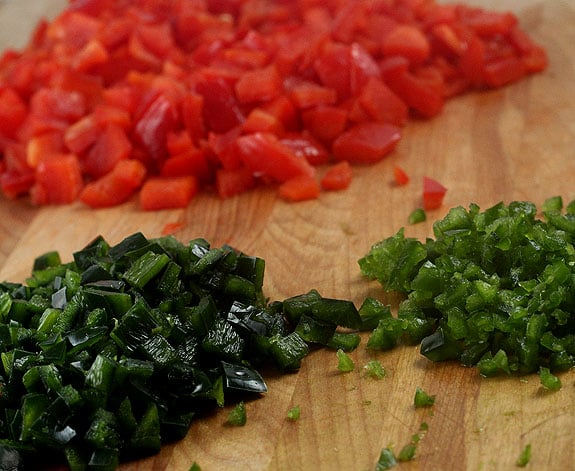 No one was more shocked than I was when I loved that dish. Don’t get me wrong; I’ll probably never move to cutting raw strips for salads, but cooked and seasoned with onions and potatoes…it was simply divine.

My next shopping trip to the market I acted on my more adventurous spirit and bought a couple of red peppers determined to do something with them. Enter this sauce.

The pork is not the star of this dish, it’s the sauce…just a terrific blend of flavors, the milder red pepper with some of that heat I’ve grown to love combined with honey, lime and cilantro? Perfect! If you have the same aversion to cilantro that I do to green peppers, just omit it. I like it but the sauce is great without cilantro too. 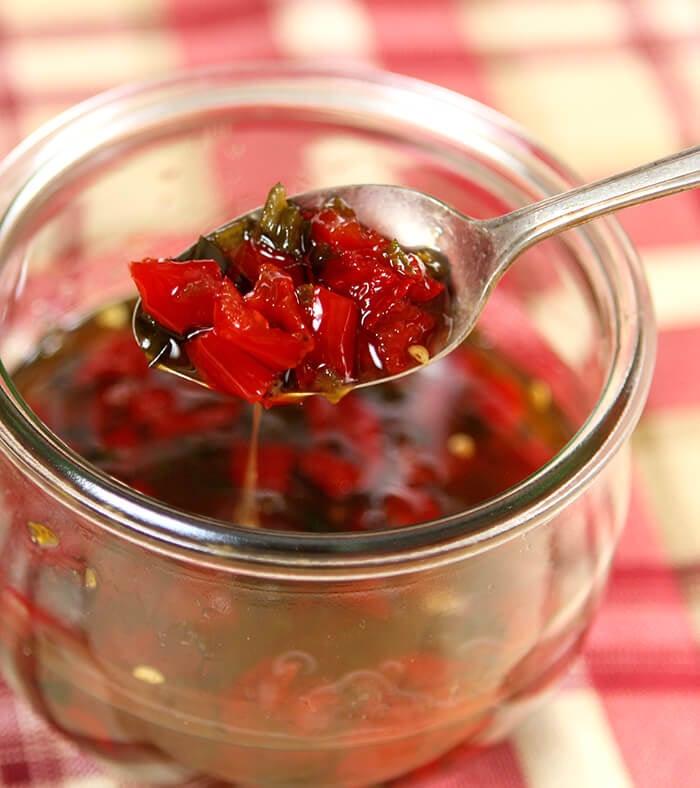 Sometimes I’ll put a crust on a pork tenderloin before baking it but this last time I simply rubbed it with salt and pepper before baking it for 50 minutes; so simple and yet so elevated with some simple ingredients.

Know what else is perfect? We love tacos with shredded pork, coleslaw and some of this sauce. More? Pour some over a block of cream cheese and serve with crackers. Great over chicken too; heck I’ve had nights when I just ate  rice with some sauce. Can you tell how MUCH I love this? Whole Bunches!! 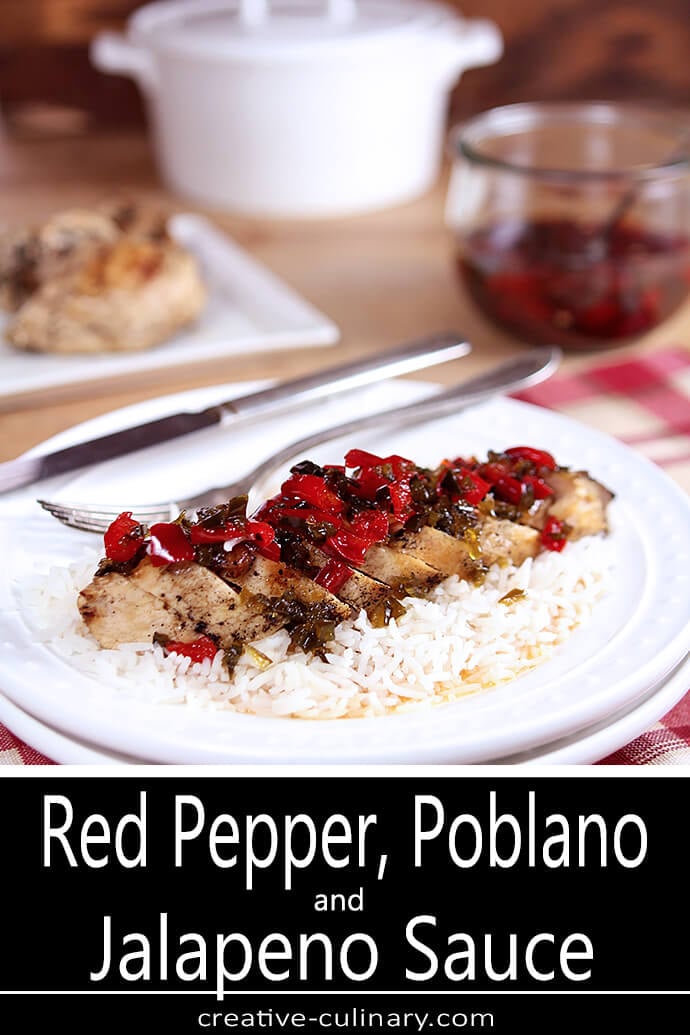 Sauce (without cilantro) may be made 2 days ahead and chilled, covered. Heat over low heat until warm and stir in cilantro.

I've been trying to use my slow cooker more to make life a bit easier and it did for this sauce. I put everything into it in the morning, cooked on low heat all day and by dinner time the sauce was ready.