This was a huge leap of faith and I’m so glad I took it; the combination of ingredients and the presentation of this Ground Beef Sfeeha on Pita both made for a superb dish. 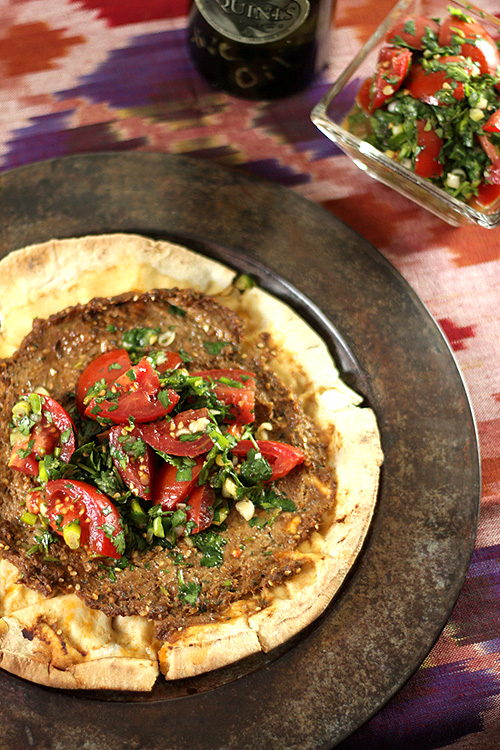 Well, after quite a journey, that’s how! Believe it or not, it all started with my contribution to the Peko Peko Charity Cookbook. I was asked to contribute a dish, something simple that most of us could actually make for our families and I had recently seen something I thought perfect; some Sweet Potato French Fries that were seasoned with Furikake.

FuriWhatkee was my first thought. But my friend Rachael, the infamous LaFujimama said I could find some at an Asian market. I was on Google within moments and discovered an H Mart was within 15 minutes of my home and I was on my way!

Fast forward 2 months. In the interim I’ve been to the H Mart a couple of times. A second time where I discovered that the pork belly I had looked EVERYWHERE for in order to make Maple Bourbon Bacon was readily available and in a variety of cuts!

Then again last weekend after a meeting of Front Range Food Bloggers at my home.  We pulled the arm of Andrea (ever so slightly I might add) with Fork Fingers Chopsticks and were soon off. Yes, we bought more pork belly and other assorted goodies and then, as we were leaving, someone wondered if we wanted to also visit the Arash International Market directly across the street. Of course we did! 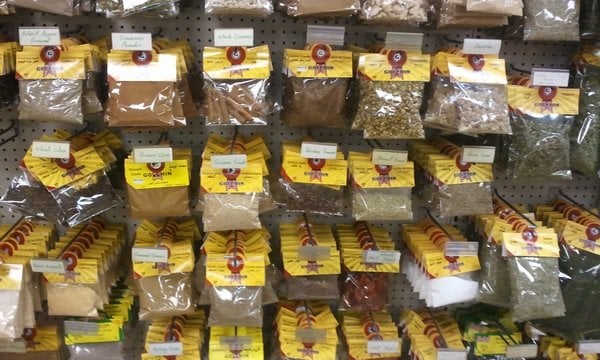 What a find! Spices galore only previously located at specialty spice stores. Sumac which I have previously only used for a favorite olive oil dipping sauce, Pomegranate Molasses which I had only seen before at a local spice shop at a ridiculously high price, some fabulous pita bread and some Tahini, which is basically ground sesame seeds and a necessary part of hummus which I wanted to try making. 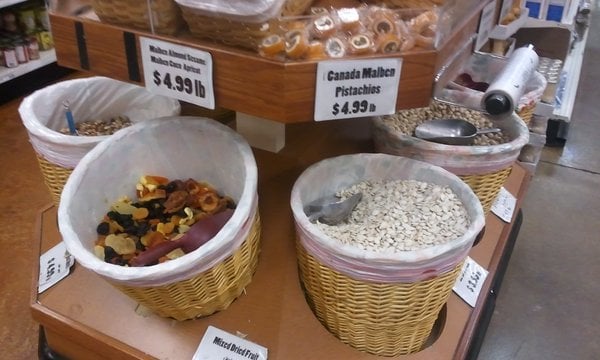 Beyond the fresh plums and the dried fruit mix I also bought, I mostly did a lot of meandering around to check things out. So many wonderful new things to try that I knew would help to expand my repertoire of dishes I had previously avoided, assuming they would simply take too much time in the search for their unique ingredients.

I was excited; this was a mere 10 minutes from my home!! One of the things I had noticed in the butcher case was goat, available either as whole goat legs or cut in cubes for stew meat (or I am now thinking, kabobs?!!). I had never seen goat offered anywhere, never, ever, so although I did not buy any, it made an impression.

It was fortuitous that a day or two later, I saw the blogger behind Kayln’s Kitchen tout a blog she had found and loved called Taste of Beirut. I went to check it out and lo and behold, the first dish I saw required in addition to ground beef  – pomegranate molasses, tahini, sumac and pita bread. Didn’t it seem that fate was calling me to make this dish?

So I did! I have to admit…grinding up ground beef in my processor to make a paste…that alone was unique. I imagined that 7 spice was simply Chinese 5 spice with a couple more spices (wrong!). And I didn’t have yogurt cheese but had some queso cheese that Andrea had left behind from our blogger meeting. Why not? Mild and firm, I imagined it would be fine. And it was. Simple, yes. Delicious? That too. So delicious that I’m having it again this week when I’ve got some friends dropping by. Wish me luck…this time it’s going on the grill! 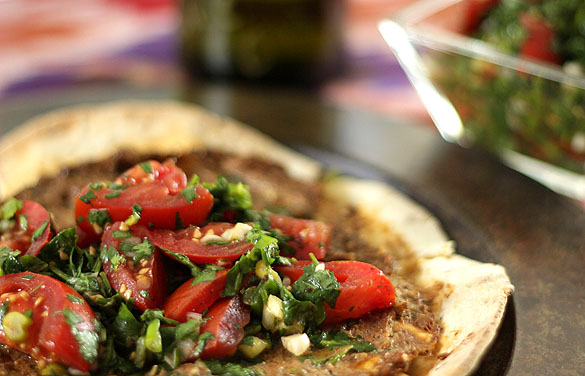 What’s with the Goat Tripping?

I’m going to share the recipe for Ground Beef Sfeeha on Pita, I promise, but first what does this all have to do with goat? Well, I mentioned on Twitter a couple of days later about my trip to the market and that I had seen goat meat for the first time. Who should be the first person to tweet back and tell me goat meat is delicious? Well, my friend Rachael; her of all things Japanese so that was unexpected.

And then someone else got in on how good it was. And someone else and before days end, Rachael and I decided to do a ‘Goat Challenge’ which we’re calling ‘Goaterie’ – a name coined by a group of goat enthusiasts on Twitter; a play on the word ‘coterie.’ We are challenging anyone who wants to join us to try something from the goat. For me it will be to cook goat meat for the first time. For others, it might mean a dish which incorporates goat cheese or goat milk.

In the July 2011 issue of Bon Appetit magazine, the subject of goat is brought up in a question sent in by a reader and the answer includes a mention of a book just published in April, called Goat: Meat, Milk, Cheese by Bruce Weinstein and Mark Scarbrough and says that “If in five years we’re all eating goat burgers and goat chili, it’ll be because of this book.” Jacqueline Church (@LDGourmet) has some interesting information in an article she did for Nourish Network about Old World meats including goat. It’s a very sustainable meat that is eaten by over 60% of the world’s population. Not as widely available as other red meats, goat meat is becoming more and more well known. Let’s further that cause. Join Us!

We’ll be hosting two Twitter Chats where we can discuss and learn from each other and our knowledgeable panelists, including Mark Scarbrough, Jacqueline Church and Rachel Riggs, the proprietor of TheFromagette.

The first chat will be on Wednesday, July 13th, 2011 at 9pm EST.  We’ll be learning about various aspects of the goat farming industry, tips and tricks for cooking with goat products, helping inspire you to think of ways to cook with goat, etc!

The second chat will be on Monday, August 1st, 2011 at 9pm EST.  We’ll be sharing our experiences, talking about the things we’ve learned, etc.

Make sure you follow the hashtag #goaterie for both events and throughout the month for ongoing goat discussion.

So really, goat tripping? Well, I’ve discovered in this new quest that a herd of goats is called a ‘Trip’ so look for Rachael and I to find multiple ways to promote this event by totally mangling a combination of goat and trip as often as possible!

We’ve lined up some great prizes that we’ll award to winners picked at random.org on August 2, 2011. Our thanks to: 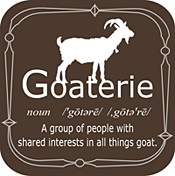 To participate, you need to do a couple of things:

It’s all about the goat. Meat, cheese or milk. We’re tripping!

And finally, as promised…THE recipe!

Adapted from A Taste of Beirut – and not very much I might add…this was new territory and I’m not going to stray too far off course until I get a better feel for how much leeway I have!