You are here: Home / Breads / Cinnamon Bread with Cherries and Almonds

Yes you can use fresh cherries in a quick bread and this Cinnamon Bread with Cherries and Almonds is perfect! 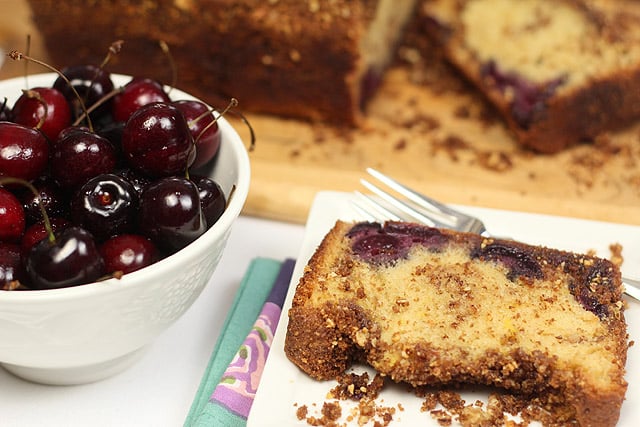 My recipe for this bread was inspired by three things. Cherries, cherries and more cherries. I’ve made cherry chipotle BBQ sauce, cherry sorbet, cherry conserve, maraschino cherries and so it stands to reason I would make a bread with cherries. Actually guess I have to say four things; I could not have done it without this recipe I used for the bread! 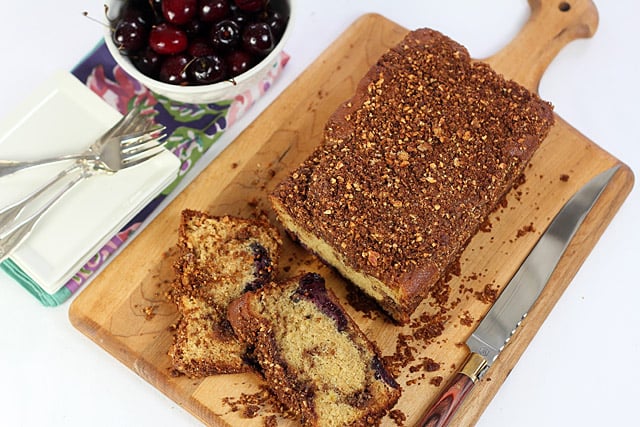 This may have started as a cinnamon bread that I decided to add some cherries to but come on…this is as good as a dessert cake folks; putting it in a loaf pan does not change that fact! Still, I’m not complaining, it’s wonderful. Lots of cinnamon and almond crunch layered in between and on top of the cake along with lots of lots of cherries. 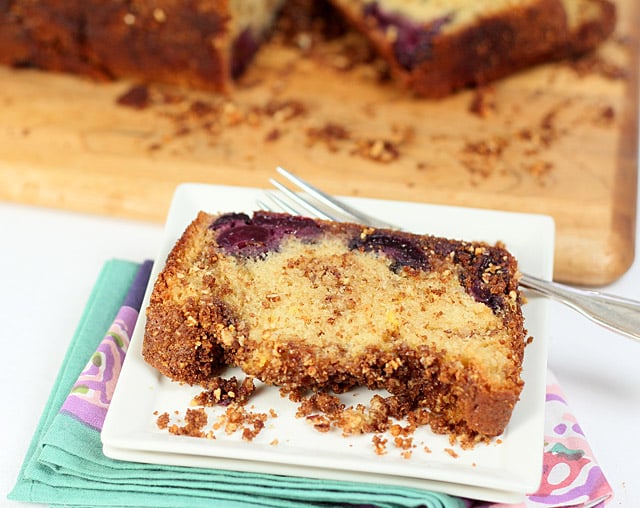 Cherries I foolishly expected would dot the canvas of this bread but they had other plans and all huddled together on the bottom. Was that me or was that altitude. Well, you know I’m gonna blame the altitude!! Still, it worked and not one person who was offered a slice refused it saying, ‘The cherries seem to have all sunk to the bottom, no thanks.’ But then maybe that’s just what we’re used to here in Denver? All I know is I could get used to this bread…it was most definitely a ‘yummers!’

A bread filled with cherries and a cinnamon/almond streusel.

Since I had added a fair amount of bulk to this bread, instead of revising all of the ingredients to compensate, I just used both a regular bread pan and a small loaf pan for baking the finished product and did only two layers of dough and cinnamon in each one. This could also be baked in a 8X8 square pan; just revise the baking time accordingly.

I might have been able to have fit it all in a loaf pan but decided not to take that chance; besides it was the perfect gift to give my neighbor's son; it was a bite sized treat for him!