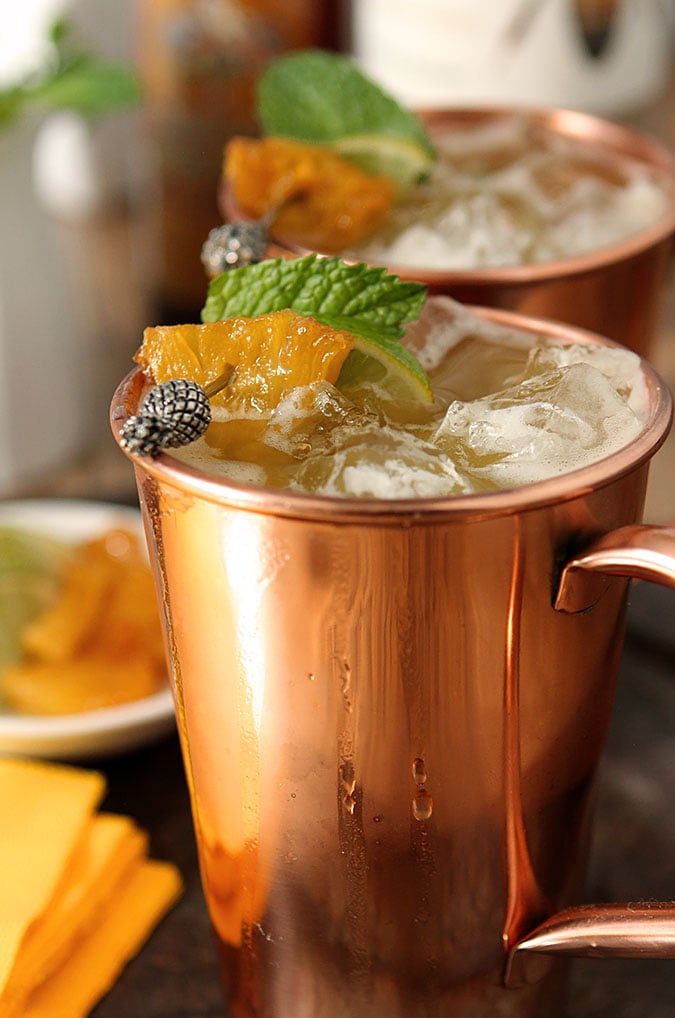 While I’ve made a variation on a traditional cocktail with this Brown Sugar and Roasted Pineapple Moscow Mule, the story of the original Moscow Mule is a simple one and it’s all about the vodka. Many years ago, vodka was not a popular liquor in American cocktails; often referred to in a very derogatory way and Americans joked that the word vodka was Russian for horrible. In 1939, John Martin had recently purchased the US rights to a French brand, Smirnoff, and it wasn’t selling as no one was drinking vodka.

One afternoon he was lamenting his bad luck to a bar owner who had a similar problem with ginger beer. As luck would have it a third party to this momentous occasion had an abundance of copper mugs he couldn’t move. The boys put their heads together, did some testing and soon was born a new recipe combining all three. While a copper mug is not ESSENTIAL; it sure adds to the aura of this now famous cocktail. The ‘Moscow’ part of the name is thought to be as the result of how people tend to associate vodka with Russia but no one is sure about the ‘Mule’ tag. Some have suggested it’s because ginger beer has a bit of a kick but that’s just conjecture and it stuck.

While I’ve made other versions, including this standard Moscow Mule and this Blueberry Mint one, today’s inspiration came from a Christmas present. Not the mugs either, no, it was a fresh pineapple that a neighbor had brought over for the holidays. While my inclination was to make a pineapple upside down cake because it’s my favorite cake, the truth is I had missed that window for needing sweets and the pineapple was perfectly ripe and had to be used. I did have a new set of mugs on the counter thinking I was going to make a Cranberry Mule for the holidays but that didn’t happen either so the two orphans came together in one fantastic cocktail that was meant to be. 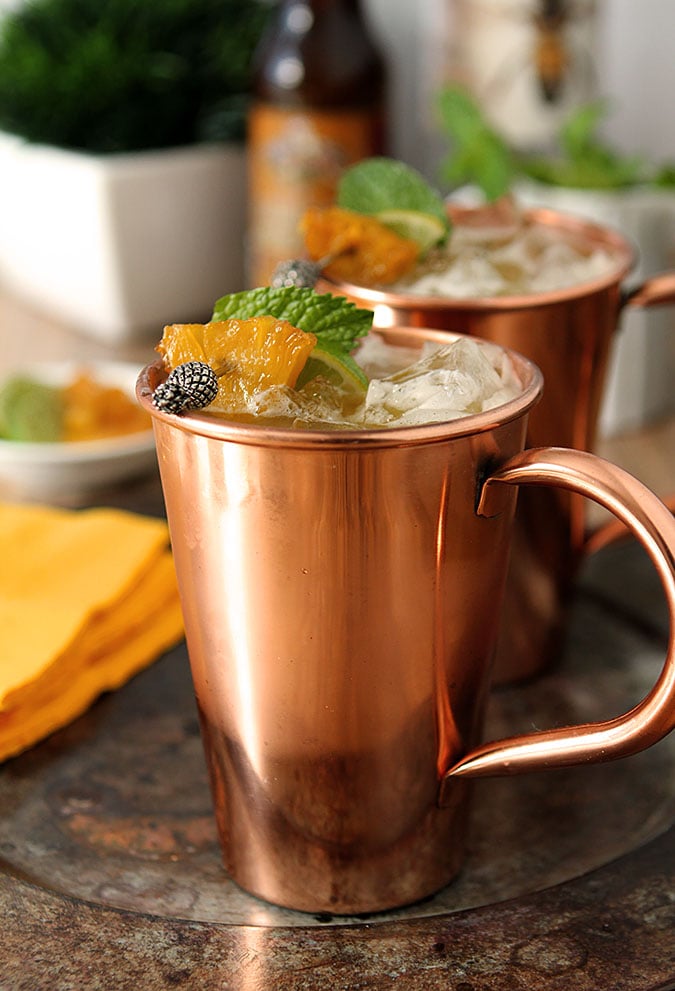 I decided to roast the pineapple to bring out it’s inherent sweetness and soften it a bit; adding brown sugar during the process just because. The only problem with that is how many pieces I had to sample during production; trust me it was several, I love that combination. Most of the other ingredients are pretty standard with the exception of the pineapple juice. I didn’t want to open a large can of it stored in my pantry so I actually used the fresh pineapple for it too; blending a handful until it was smooth and it worked fine. If you have juice available, just use it.

This was great…using fresh pineapple made it extra special but again, if it’s easier for you to modify it using a canned product go for it. Simply buy the rings and cut them into wedges and follow the directions to top them with sugar and roast them.

It’s a shame the neighbors who brought me this fabulous fruit don’t drink…they don’t know what they are missing…Cheers!

For the Roasted Pineapple:

To Roast the Pineapple:
To Make the Cocktail: