Have you seen the movie ‘Chef’ (Jefe) with Jon Favreau?  I seldom go to the movies; preferring to wait until they are available at home but my friend Jane and I decided to go out and about one afternoon a couple of months ago and our plans included a movie and dinner afterwards so we could do some catching up. The movie was a perfect choice; we are both immersed in food culture in different ways and that synergy saw both of us really enjoy this tale of a man with a passion for cooking but one also ready for a change. It’s a charming movie with a significant human touch filled with small parts by well known stars including Dustin Hoffman, Scarlett Johansson , Robert Downey. Jr, John Leguizamo and Sofia Vergara. Still, the story revolves around the main character played by Favreau and giving you any information about the plot line might be giving away too much but suffice to say that a Cuban Sandwich takes on the role of a supporting character and definitely a character I wanted to know better. 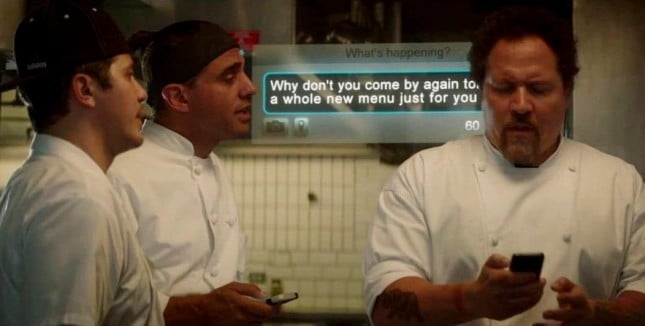 In watching the movie, I imagined a back story of legions of Cubans flocking to Florida in exile and bringing with them some traditions that were resurrected in the adopted communities where they settled in America. In this case I would be wrong. A Cuban sandwich is a variation of a ham and cheese that was often made in cafes catering to Cuban workers in the early Cuban immigrant communities of Florida; Key West and Ybor City, Tampa. That the ingredients include flavors of the tropics should come as no surprise and to be honest, the braising liquid consisting of lime and orange juices along with peppery spices made for a pork offering that goes beyond a mere sandwich. I love this sandwich but I made extra pork and the flavors have been just as great when used in a burrito bowl with rice and beans or as an accompaniment for eggs one morning for breakfast. 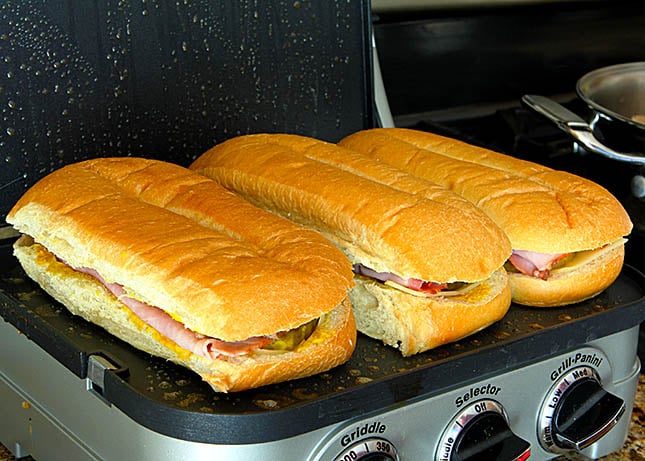 Cuisinart had given me a fantastic countertop grill/panini press that had been relegated to a cabinet and never used that would be perfect (and now that I have used it I want it on the counter ALL the time!). I bought my pork at Costco and it was my error that I ended up putting the entire package into the freezer. A package that actually contained two pork shoulders so when I decided to cook the meat for Cubanos I had almost 14 pounds of pork. One shoulder went into the slow cooker and another was cooked in a Dutch oven. Both were excellent but if choosing, you can’t beat a slow cooker for this recipe; I love the advantage of set it and forget it! 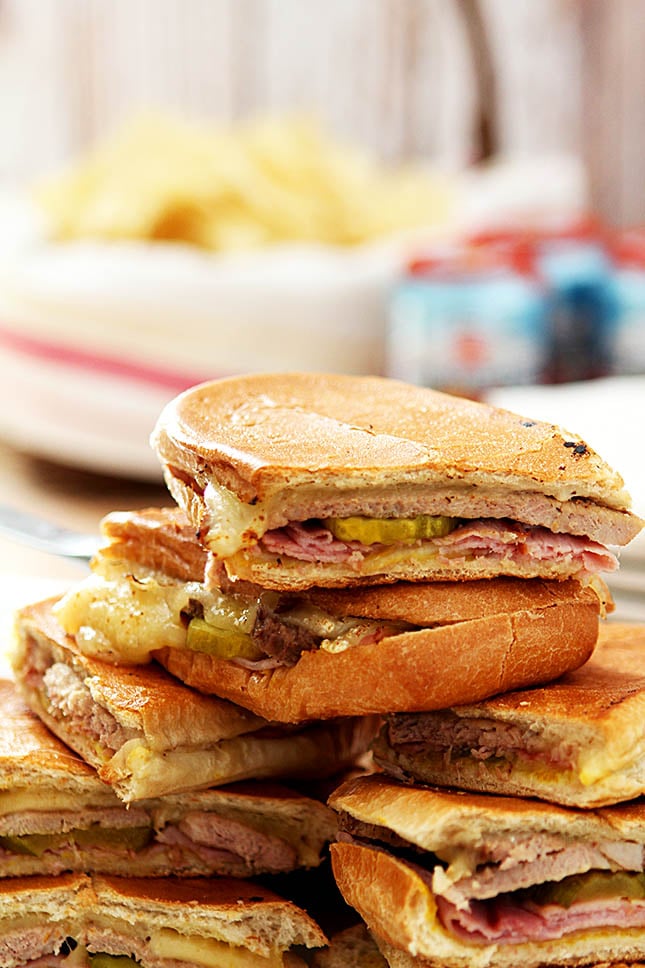 This is not a pretty sandwich filled with colors of the rainbow and offering the perfect presentation for a photo. But inside this ugly duckling is indeed a swan; you have to look beyond the outside and discover what lies within. Imagine that juicy flavorful pork combined with ham, pickles and melting cheese. So good. And you know what? For once in a blue moon I choose not to mess with success. This sandwich is what it is and I chose to stick with that. Yellow mustard when you really love whole grain? Check. Little sliced pickles and not an uber brand of something fancier? Check again. With some irony though I have to admit I used a recipe of Tyler Florence’s; he not of any Cuban lineage but it simply looked and sounded perfect. Plus the reviews, even from Cubans, were so positive that I trusted I had found a good one. Tyler did cook his in a pressure cooker but I choose to go more old school since I had so much to prepare. No fancy sauce or dolling it up in other ways either. And it worked; we loved it just the way it was. 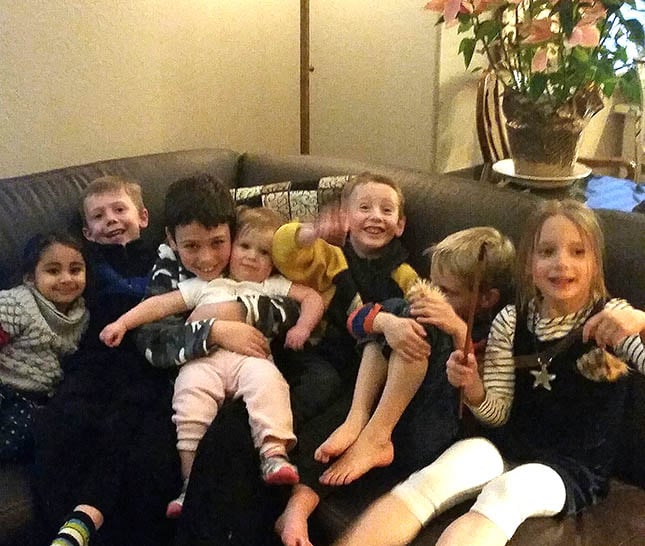 I invited several families over to share. Ten adults, 8 kids (someone is always missing from a photo!) and everyone loved them; I was SO grateful I had meat in abundance as that plate kept disappearing as fast as I could put more on the griddle. Do yourself a favor. Make these and get that movie and have a Cubano party. And don’t forget…I better be invited!

For the Pork:
To Make each Sandwich: