You are here: Home / All Recipes / And we have a winner!

I know I promised I would announce this yesterday but what was I thinking…seems I spaced it was a kind of sort of holiday so here I am today! 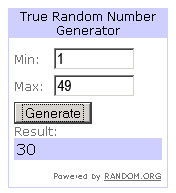 I appreciate all of the kind comments and the new readers and hope you will stick around and enjoy more goodies I’m sure I will be posting from this amazing cookbook. But, for today, the lucky #30 is the winner and it’s Janet Ladue! I met Janet on Twitter where she goes by @ednascafe and some of us affectionately mingle her two names and call her Jedna. Thinking that was not quite enough I had to have a a nickname for her nickname so for me, she’s just Jed. But she’s not just any Jed!

Janet’s a stay at home mom in Phoenix and while raising her kids is also running a blog and doing custom cakes for local clientele all the while keeping up with her friends on Twitter…whew!

Her description of herself however is much better and funnier:

Busy mom of 4 who fell in a vat of buttercream & lived to tell the tale. Presently trying 2 kick fondants ass. Hot UPS hubby w/sexy calves…oh, and just a hair under 5’2″ !

We would be quite the pair in person cause I’m just a hair under 6′ – Mutt and Jeff revisited.

Take a peek at her cakes at FaceBook…you’ll be driving to Phoenix just to have one of these for your next party!

Many, many thanks to The Junior League of Denver for providing a copy of their cookbook for this giveaway. They produce the best cookbooks of this genre I’ve ever seen and sales all benefit the programs of the Junior League; serving families in need in the Denver Metro area. If anyone would like to purchase their own copy, they are available on their website. 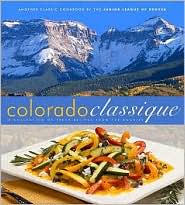 As a reminder, some interesting facts about Colorado Classique:

Thanks again everyone for joining me in my First and Fifteenth post, by the way, not official, no random.org magical number generator figured this out…but I’m in agreement with the majority of the responders…heck yeah this is my FIFTEENTH year of food blogging!